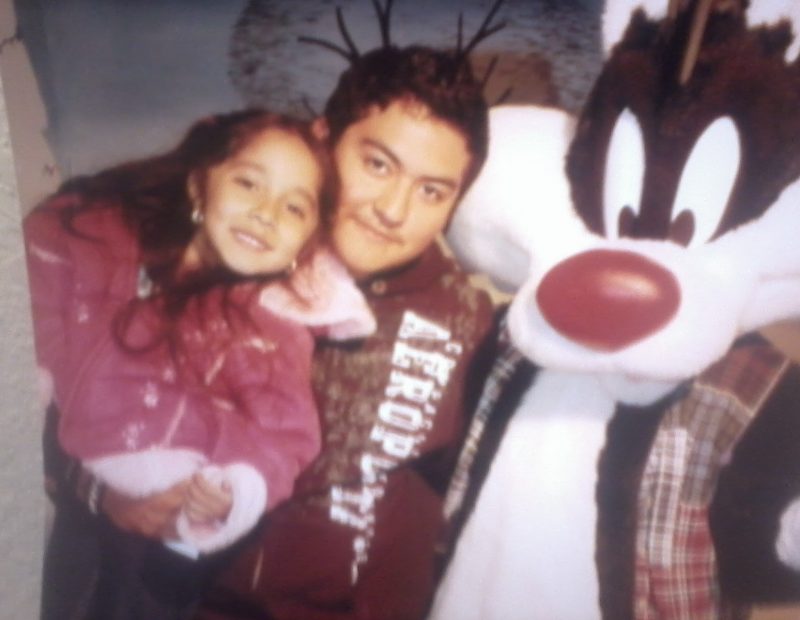 My story is a tale of two countries and two fathers.

I spent the first part of my life in Durango, Mexico, living a simple and happy life. My family was composed of my father, my mother and myself, and my sister would join us several years later. My father was a secondary principal and teacher. He was able to provide for us enough that we did not suffer poverty, but we did not have the luxury of travelling or for me to have fancy toys. At the same time, during those days, I was happy and enjoyed everything.

Fast forward a couple of years, when I was around seven years old, my father lost his eyesight. This event was mainly due to his struggle with diabetes. It did not slow him down and he continued to teach in order to provide for us. Being a Mexican, he did not take care of himself very well. The disease took its toll and progressively moved towards his kidneys. During that time, he made efforts to attain U.S. residency for the entire family. Once we attained the residency, we began the paperwork necessary to move to the United States permanently. 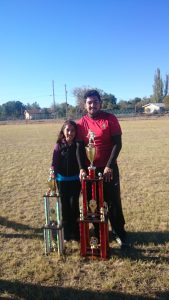 When we returned to Mexico to finish my schooling and my father’s schoolwork, my sister was born, which changed our plan to move to the United States. My sister was born in December 2003, which sped up the process of our move. My mom, sister and I moved before I graduated high school. During that time, my father travelled back and forth to visit us while finishing his time as a professor. His health also began to deteriorate, which he kept a secret from us. During his last visit, we enjoyed ice cream and a good soccer game. Little did I know that would be the last time I would ever share a moment with him. The three of them travelled to Mexico, where one day after their arrival, he began to show symptoms of kidney failure and unfortunately, due to the underdeveloped medical science at the time, did not survive.

When I lost my father at the age of 15, I was unable to grieve properly, as my mother was in distress over the loss of her husband, and my sister was still an infant. I was forced to take the role of the man of the family. After making the decision of leaving our native country and try our luck in the U.S., I enrolled in high school. Not able to speak much English, I managed to graduate in time and even received an award.

My journey was not easy. My mom and I divided the time between when she went to work during the night and when I went to school, participating in sports, and took care of my sister. 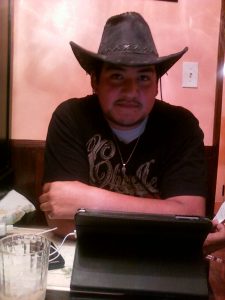 During this time, my mother met the person who would become my second father. She began working at a funeral home cleaning and helping as an usher during funerals. While working there, she developed a relationship, which then led them to get married. By the time of their marriage, I was living on my own.

I was dealing with depression because I finally had time to grieve the loss of my father. The emotions that were once bottled up came out. I went through a process where I rebel against the system. During their first two years as a couple, they were happy. I graduated from college and was working as a volunteer in a research lab at the university. Unfortunately, my father’s cancer began to flare up again, and it proved difficult to diagnose. When the doctors were finally able to identify the problem, it was already too late. The cancer metastasized from his bones to the liver and was already terminal.

At that time, I wondered if I should pursue a graduate degree. Due to the unfortunate circumstances my mom and family faced, I decided to move back in. I wanted to help take care of things while we made my father’s last days more comfortable. I cherish that time we had together. During those days, I would get back from work and have long chats with him, where he stretched the importance of following my gut and encouraged me to enroll in the Ph.D. program at my university. I learned a lot from him and was able to ask questions about his life and see what kind of advice he would give me on where to go for the future of my career.

The last days of my father’s life were very tough on my mom because of her previous experience with my dad. At the time of my dad’s death in Mexico, she was alone with my sister in the hospital with him and received the news on her own. This time, my father was slowly dying in our home, and there was nothing we could do. During his last night, I decided to stay with him and give my mom a break to rest in another room. I hugged my father in my arms while assuring him that everything would be okay; that I would keep my mom and sister safe. He passed in my arms during the night.

The passing of my father was during a time I was not expecting. It forced me to grow as a man and to mature faster than other people my age. Both have pushed me to achieve different milestones in my life. I graduated with a Bachelor of Science from the University of Texas. I’m planning to finish my graduate degree in May 2021. A few years ago, my mother and I started a small company, where we purchased an ironing business. I also started my own company of 18-wheeler trucks that work in the Texas oil fields.

I hope my story helps people understand that when we lose the father figures in our life, we will go into stretches of life that might be dark and depressing. We can always use the memories and lessons they left us to remember the good times with people that knew them. They will forever live with us in our hearts. The best way to continue their legacy is by pushing forward and remembering that they believed in us, and so should we.