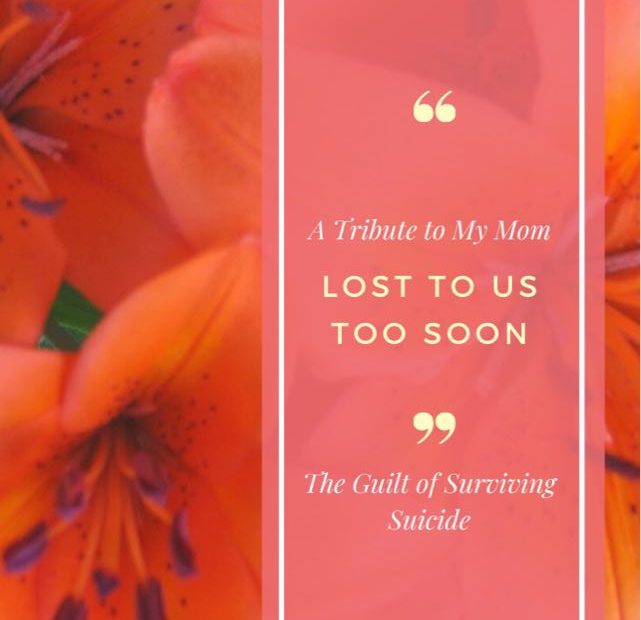 I started writing on my blog on the anniversary week of my mother’s passing.

Terri was one tough lady who always spoke her mind. She was a small-town girl from Swan River, Manitoba and spent time in foster homes as a child. She married young, had three wonderful boys (and the grey hair to prove it). Divorced, worked slinging beer at a biker bar, got her G.E.D. and completed a secretary course at the community college. She loved sports, competed in archery, played baseball, curled and bowled. She followed hockey, baseball, curling, football and the Olympics. As a true Manitoban, she liked her bingo. And she loved her family with all her heart.

Our relationship with our parents change as the stages of our lives change. They start as our caregivers and protectors. In the end, my mother was a friend.

We talked often, and I had the opportunity to share lunch with her from time to time. She would listen to my ideas of job prospects and dreams of how I saw them developing into some kind of successful future. She always smiled and encouraged me even when the plans changed the next month. We talked about future grandchildren and dreams. She missed out on two amazing dreams that came true.

We shared a love for the Toronto Blue Jays. If we weren’t watching together, we would be on the phone talking about a play or player. After she was gone and even now, I still reach for the phone to talk about a trade, a game, or because it’s one week until the season starts. I wonder what she would think about this year’s lineup.

My mother had been sick for many years. She had had several surgeries, some that had not gone so well. Due to these unsuccessful surgeries, her doctor told her that they would not do anymore unless there was no other choice. She had epilepsy that had haunted her for as long as I can remember and was one of the factors in her depression. I remember as a child seeing her being put into handcuffs on the living room floor because they didn’t know how else to protect someone who was having a seizure.

She lost her driver’s license because of epilepsy several times over the years. This was very hard on her. She dealt with migraines that would shut her down. Her doctor suggested that she was depressed, and she being stubborn, got upset and ignored him. I found out later my mother had been spending time at the casinos and not winning. As a result, she had started to build up some debt.

In the weeks leading up to her suicide, she made a comment to me that I didn’t respond to. She told me that she was worth more dead than alive.

I heard this same statement a second time a few years later from a friend. This time I did say something. We talked about what it would be like for his family to survive with the loss of their husband and father. I wouldn’t presume that our conversation changed his mind, but I like to think it was enough to open it to other possibilities. I am happy to say he is still with us today.

Our son has autism and deals with depression daily. Suicide is a conversation that is common in our home. Letting our children know that they matter, that they are important to us, and their future is bright is a discussion we will never end. 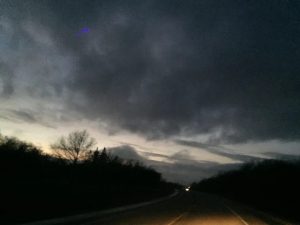 The Sunday before her passing, I was curling with my stepfather, and my mother came to watch. She hadn’t been feeling well lately and hadn’t left the apartment in a while. I don’t remember the last time she came to watch a game as she didn’t go very often since she couldn’t play anymore. My mother was dressed up with her makeup on too. We sat and talked for a short while. After, I kissed her and said goodbye.

The next day, with a glass of Crown Royal and the same medication that helped her with her epilepsy, she left us. She left post-it notes on the backs of the things in the apartment that she wanted each of her kids to have. She also wrote each of us letters. It seemed like she had a plan.

Not responding to my mother and not staying longer at the rink has been with me all these years.

She could have stayed longer.

Is it fair to ask those we love that are in so much pain to stay for us so we can avoid the pain of their loss?

Is it fair to ask the ones we love to fight, to survive, to be a warrior? I am surviving with a brain injury, and I am surviving depression. Every day after today is a bounce.

Is it fair to let the ones we love to miss out on tomorrow? Ask them to stay.

For more information about Blair, you can check out his website.