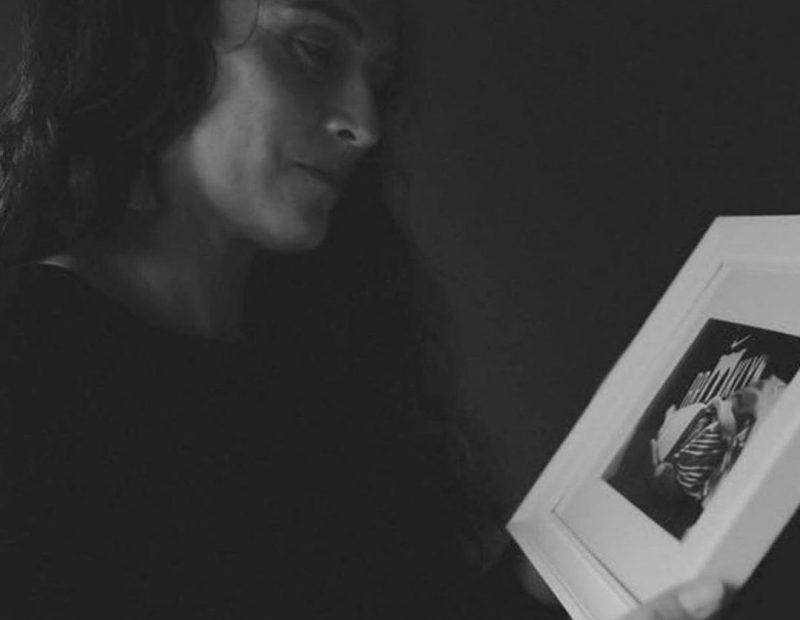 I once had the perception that grief was linear. I once thought grief was confined to a specific timeframe, and that it had a specific element of tidiness to it.

I assumed if someone talked about grief, they must be “stuck in grief” and need a lot of therapy. I especially thought this to be true if they were sharing their traumatic story a year later, especially publicly.

On May 29th, 2017, I realized just how wrong and ignorant my perception of grief was. On this day over five years ago, I was introduced to the overwhelmingly powerful and lifelong relationship that grief would become for me. In order to understand my intimate relationship with grief, I have to share my ”before.” 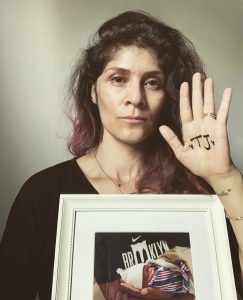 On Halloween 2016, I found out I was pregnant with my second child, a boy named TJ. He should have been born 16 months after his big sister, in the same Manhattan hospital across the world-famous Brooklyn Bridge.

We had what would be classified by our doctors as “an uneventful pregnancy,” until it horrifically was not. TJ’s pregnancy was “easier” than with his sister, allowing us to bond through the 32-ish weeks we ran through our favorite Prospect Park while listening and moving to our favorite Latin beats. I would proudly take each step as I felt him gently stretch and poke in my belly every run. He made me so proud already.

At about 33 weeks, his movements began to slow down, but I did not know at the time this was a sign of his distress. Despite being my second pregnancy, my doctor never told me about the importance of monitoring his kick counts and movement patterns. I was so confident, I never thought to question my care or pregnancy. I didn’t know that his slower movement patterns were directly tied to his distress.

I blissfully continued onto our 36th week pregnant, excited for what I thought would be the next appointment at the hospital where I would get to see his heart beating and him wiggling healthily.

On the morning of May 29th, 2017, I felt “off.” I rested and spoke to my TJ and told him we were so close and that I could not wait to meet him. I mentally pushed any fear or concern from my mind and told myself we were fine.

Finally midday, I told my husband he needed to call the doctor. As I frantically packed our bag I distinctly recall thinking the worst thing that could happen was that we didn’t have a sweater for him because he should have been born four weeks later in the summer. I had no clue that concern was so ridiculous given the reality of the journey ahead.

Forty-five minutes later upon labor and delivery intake, while laying on the cold intake bed, we were told the most horrific words any parent could hear: “We are sorry, there is no heartbeat.”

It was in that curtain drawn intake area that grief was thrust upon me, uninvited.

My son who was once alive is now dead. My body was naturally going into labor at 36.5 weeks pregnant, and I would be birthing him from my body later that evening.

Before midnight, TJ’s father and I met the most beautiful boy. He looked just like I envisioned except silent. He looked just like his big sister, and father whose name he would carry. The doctors did not know why he died, they told us “we are sorry, sadly these things just happen.” He came into this world perfect except for being stillborn.

The fear of holding my perfect yet dead son was overwhelming. It was then in that moment I was introduced to the duality of grief — the multitude of emotions that could be carried at once. I held my dead son yet I was so proud of him. My husband held our dead son, and he proudly swayed with him. We held our dead son and we attempted to smile for photos, before his beautiful features and physical body deteriorated. 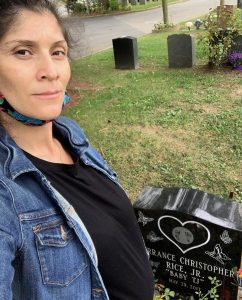 In the recovery room on a separate wing of the hospital, I immediately began googling “what is stillbirth?” It was in the recovery room, a whole different world and reality emerged. I was now a mom to a dead child, a stillborn child that was so very loved. It was in that room I stumbled upon mothers like me from all over the world, with a dead child that was stillborn.

I despised feeling so alien and foreign in my motherhood. Internally, I often felt like I was screaming as the tears would flow and the world passed around me. The many weeks following, I lay in bed solo while scrolling through my phone often to remind myself this new life was in fact real — that he did live, yet was now dead.

On one of those days, the world around me felt so heavy, I came across a profile that had pictures of her daughter, who happened to be dead. Instantly taking in all her adorable features and reading through her caption, I recognized a very similar love, pride, and pain that I walk with each day with my TJ.

I would make my own Instagram profile dedicated to my TJ and our grief. The Stillbirth Mama Fighting For Light page was born, as that was exactly what I was doing — fighting for light in this confusing life as a mother to a dead and living child.

Through this profile, I began removing the shame of grief and stillbirth that presented themselves so overwhelmingly in the early days. As each day would pass and I would share my TJ and heart with social media, I began feeling less alone as a mother to dead and living children.

It has been the community on social media that has held me in the darkest moments in my life, to help me not feel ashamed while in the deep pits of my grief. In this community, I have learned to grieve unapologetically with a multitude of emotions that ebb and flow without shame or censoring. It’s here in this community where I empower myself and others to challenge the many misperceptions of grief — that it is linear, has some fictitious stages, or that it definitely should not be shared publicly.

I’ve also become the director of operations for PUSH For Empowered Pregnancy, whose mission is to end preventable stillbirth through partnerships with health providers and awareness campaigns.

Just because my son died, doesn’t mean I stop loving him, and it definitely does not mean my relationship or parenting has ended. After five years of this intimate and thrust-upon relationship that is grief, I have learned to hold space for her always.  She cannot be ignored.

I share my grief truth unapologetically as I do with his living siblings. Before he died, he lived. He now lives each day in my heart and we have learned to make space for the grief that accompanies his love each day.

For more information about Domenique, you can check out her website.