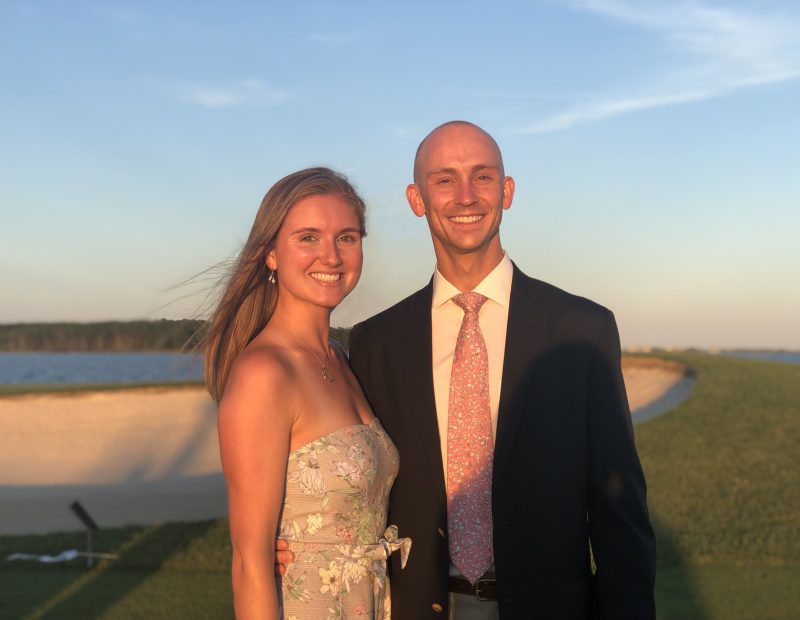 In the summer of 2020, I met the love of my life. I didn’t know it at the time, but he was about to become my best friend, my safe place, and my guiding light. My perpetually single and independent self would have scoffed at those words a few years prior, but that was before I knew what loving and being loved feels like when you find your person. Suddenly the world was stable. I was excited about life because every step I took was a step toward our future together. He shone brighter than any human I had ever known. We laughed. With and at each other. Each moment with him was an adventure. We didn’t know where exactly we were going, but we weren’t in a rush to figure it out. We had forever to get there.

On September 4, 2021, we attended a wedding together. Standing on the dance floor with his arms around my waist and his eyes locked on mine, my chest tightened as I realized my heart couldn’t possibly contain all of the love I had for him. I would marry this man and while I knew we had time, I could barely wait. Even forever didn’t sound like enough. 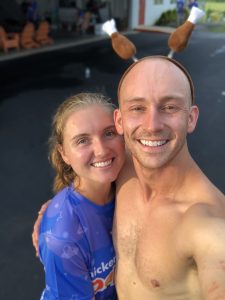 A few days later we shared an emotional hug and a kiss goodbye as he headed off to the airport. It would be the longest we had ever spent apart and though I would be joining him abroad soon, 10 days might as well have been a lifetime. I watched his sweet smile and heard his “I love you” as I drove away. Continuing our usual tradition, every night before bed he quickly called to say hello and let me know he was safe. After nearly a week of brief check-ins, I was thrilled when he suggested a longer catch-up. He was standing on a balcony looking at a waterfall. “I can’t wait for you to be here,” he said. “I’m already getting ideas for what we should do.” We ended the call the way we ended all of the others: “See you soon. I love you.”

That was his last “I love you.” On September 12, 2021, I woke to a beautiful photo of the bed and breakfast where we would be staying in a few days. He had walked past it and snapped a photo. I responded with excitement and spent the morning running errands to prepare for the upcoming trip. I didn’t know it yet, but by the time I saw his text he was already gone.

Grief is agony. Grief is unsurvivable, excruciating pain. Grief is having your entire world — your future — turned upside down. My partner and I were given just enough time to realize we would spend the rest of our lives together and then he was taken away. For weeks I was barely human. I didn’t sleep or eat. I drifted through the days wishing more than anything that I could go with him. It seemed like the only thing my body remembered how to do was scream. But there was one other activity, one distraction, that could pull me out of the abyss: writing.

When my heart was being ripped from my chest and I felt like the suffering would consume me, I wrote. I wrote to him and about him. I scribbled every memory and inside joke that came to mind. I described his facial expressions and the constellation of freckles on his neck. I wrote down the day that I first made food for myself, and the first time I smiled. Writing was catharsis. It was a place to put all of the love that I couldn’t give to him. 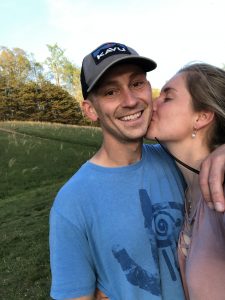 Nearly eleven months have passed since that day. The pain is often just as acute as it was in the moment I heard the cruelest words in the universe. I still don’t want this life — a life without him — but I’m here. And I’m still writing. I learned with time that this terrible grief bubble we find ourselves in is bigger than I realized. So many others are fighting an invisible battle. They’re suppressing tears in the grocery store and taking a few extra breaths before stepping out of the car. And we’re all still here.

After sharing my writing I discovered more and more of these companions in grief. Close friends and near strangers alike have reached out to affirm my experience or disclose their own. I’ve formed deep connections with people I otherwise never would have met. I feel compelled to make grief visible, and most importantly to communicate the gravity of what was lost on September 12th. Vocalizing these experiences is my way of regaining agency in a life that no longer feels like my own.

For a time, my purpose in this world was to love my partner and to be the best version of myself for him. Now it is to keep him alive through the love I give to others and the words I write. I hope someday someone out there reads one of my poems and thinks, I feel this too. Someone else might read my story and think, I need to tell them I love them. Perhaps the most difficult reality of all is that eventually, others in my life will hear those same dreadful words. Their world will come crashing down and they’ll begin the lifelong journey with grief. I hope in those moments that my experience, and my words, will convey one critical fact: you are not alone.

For more information about Isabelle, you can check out her website.