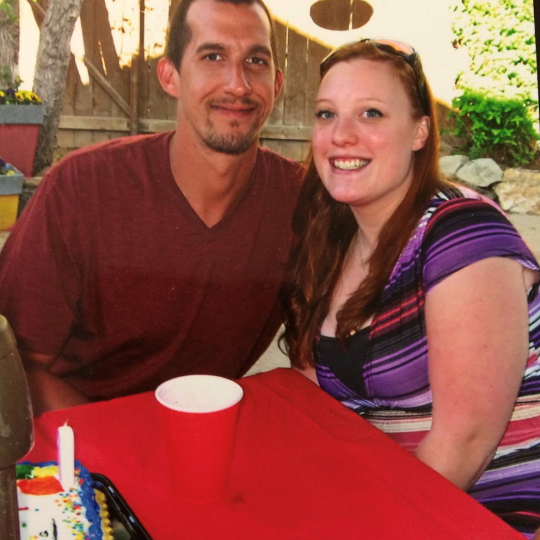 I have been irrevocably changed. In a time where all can comprehend the literal screeching halt of the earth beneath our feet, I am but one of many. Grief has become a part of societal DNA. Weaving its way under swings and through leaves. It’s on our tv, magazine, and the small talk across the restaurant. Loss. Over and over, I hear the plea of humanity.

In the past five years, I have learned that while I would choose another path for my husband, I cannot regret nor dismiss my journey. Hindsight is cruel. Many years I spent opening my mouth to scream only to hear the sound of wind in leaves, desperate to be heard.

Five years into heroin recovery and widowhood, the answer remains to seek to listen, not to be heard. The years of dissociation, abuse, neglect, depression, and grief have only chiseled me. I am but a shive made in Wentworth by Top Dog to murder their lover.

If you don’t get that it’s a pop culture reference.

In life, there are most definitely lessons to be learned. Perhaps in repetition and different variations, the universe extends a message in symbols. Deep inside, you read it immediately! It’s a familiar language only to trip yourself up seconds later trying to figure out how you know and now what the heck you even read. When I tell you I have experienced more times than I failed algebra and Spanish 1 in high school like SERIOUSLY!

I was going to write why but now days I’m able to think, consider, and respond. This is profound for me. My filter still is broken, forever, yet I am witnessing myself only progress as I reach my soil-soaked raisin fingers out of the abyss.

Dialect without communication is nothing more than art on an abandoned shelf. I think one of the largest shifts in perspective is held in communication. I believed that if I was speaking, I was communicating. As for that silence, well, that’s where I worked it out for me.

Communication is 90% silence that we don’t want to speak.  Not harmful things to others said in anger. That leads to little growth, but those “Wow, that actually really hit me weird. Did you really mean it?” I would have to say this adjustment is still new yet has built anew that long lost. My first taste of this was in October. As I approached my husband’s five year deathiversary. I was anxious to say the least. It felt like a landmark. A chapter title, if you will. The closer it got the angrier I got. The most scared, hurt, exhausted, sick pieces of me were on full display.

*Gasp for air* *Gulp of magma* 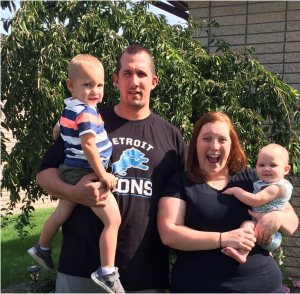 My father-in-law came to pick us up from the airport and almost immediately, it just started flowing out of me like lava. He held the space as I complained about the legitimate and imagined. He interjected support and understanding. I was honest and authentic after holding back for so long. Here was this man who does not have to do this for any reason other than that he loved me and knew I needed it.

Having this reminder that I was not alone after many events leading to extreme isolation was a quake. I internalized so bad that I shed pieces of myself in that cave. Gratefully, I no longer carry some of my go-to vices from the past. Knowing there is no escape to be found outside of me.

Nevertheless, his action inspired me to be more open to different perspectives of the same issue, as well as speak without fear. He showed me unconditional love.

What if I just said all I wanted to instead of feeling in my chest for years?  How could I do this without harm? Was I capable in such a highly emotional time? What if I wasn’t strong enough?

Returning to the place Dave was brought home to and then died in was far more than I had considered myself. Even after running it through my mind time after time. I was not only facing my past but pieces of his and ours all wrapped into 72 hours to survive.

I took the time to speak with Dave’s parents more. Listened to what they had to say about life or even progressing as an individual.

I could feel the rubble hitting the ground. I listened to the spoken and unspoken. I sat still and allowed myself to feel whatever it was I needed in those days.

On Thursday, I went down the stairs, not my first time down them ever, but the first time I came as Jess. I stood at the bottom of the steps looking at the light dancing through the glass block.

*Gasp for air* *Gulp of water*

Flashes of those few weeks we had there. Like a movie, I saw our love, our failings, our drive, what this story is or isn’t. I just saw my husband and felt peace. Slowly I slid only my right toe to feel out the dark in between.

I’m not crying or triggered or anything?!

I listened to the sounds of Dave’s childhood home upstairs. A clock, the settling, wind, car driving by, sirens over on Groesbeck. I was alone in the house. It had been years since I was alone here with him. I had come to the house many times since that night, but I never stayed longer than a day and rarely did I consider coming to just talk with Dave. I spent so long trying to protect Dave’s integrity.

Trying to protect my own. As you well know I have fallen so short in many areas before.

I was part of a person when we met in 2012 and that was before any kids, marriage, or widowhood. I’m here now. Five years later here I am Papa. My voice cracked in reverberating patterns around the scattered furniture and boxes around me. I leaned against that cold wall and slid right down. I didn’t care if it scraped as I buckled my knees.

I hate basements. It always feels like the land of forgotten toys.

On the cement floor again, the tears came. Not in that all too familiar way but they came. 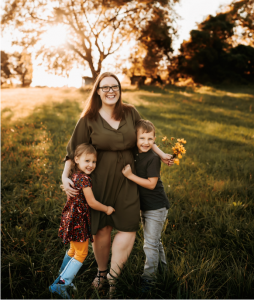 I proceeded to speak out loud to Dave. Ribbons of dialect, pain, fear, joy, hope, destiny, and resilience. Plus, my typical random stories or ideas I’ve had. The stuff he always loved in the beginning, but I hid thinking he wouldn’t want me if I was always too much. That somehow, I would exhaust or run him away like it had felt with so many before.

The room sparkled with fractals of sunlight dancing in the smoke waves. I remember looking across my lap and realizing that I just had to get up and walk up the stairs.

It was as if you reached your hand towards me babe. I could feel the calluses inside your palm from work. I even smelled you for a second.

I gather my feet beneath me.

Crouching forward the glass block reflects directly on to the spot. I place my hand in the light before rising. That sunlight is so reminiscent of a indie film at Cannes.

“You will be proud of me for five.”

Tears warm my cheeks as I calmly ascend those steps to the kitchen. The house is still empty. I stand at the top of the stairs looking directly down.

Wow, I feel so lite or is it light?

Apparently to leave you just need to get up and have faith something beyond any of us will lead you to hope. Throughout my grief journey I have been feeling nearly glued to cement floors for years. I can honestly say that I know the greatest gift my husband gave me was myself. In a time where I could not see the future, he has remained one of many guiding lights in life and death. If I have to lose, at least I have been blessed to know. In my life I have seen, forgiven, and heard I know there is a higher power. I know pain has purpose and there is nothing wrong in making something so ugly and dark beautiful. We are all fractals of energy intertwined throughout the unknown and that I am never truly alone, as I once was convinced.

How good can it get?

For more information about Jessica, you can check out her website.