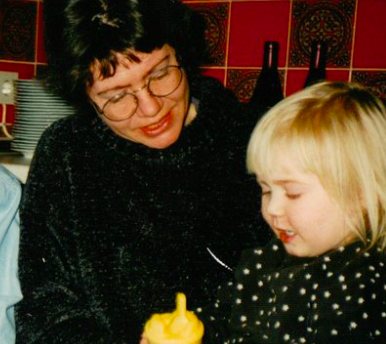 For a long time, I believed that to live was to forget. 12 years on, I now know that couldn’t be further from the truth.

During our childhood and adolescents, we are taught many things: algebra, the science of gravity and even how to put a condom on a banana… yet we aren’t taught about the two inevitable experiences that we will all face in our lifetime – death and grief. This very lack of conversation is what led me to feel isolated, confused and consumed by loss.

At the age of 15, I helped care for my Mum who was living with a cancer diagnosis until she died the week before my 16th birthday. On the outside, I continued to wake up each day with a smile on my face. People would remark on my strength and many seemingly forgot that I was a grieving teenager after the funeral had passed by. Beneath the outward show, however, I was struggling to keep my head above water. I felt alone and guilty. I felt like my identity had been taken away. And I believed my grief was selfish and that it was a weakness.

For the next six years, I continued to live the façade and by the age of 22, I was juggling a degree, three part-time jobs, maintaining a home in addition to being in an emotionally and sexually abusive relationship. Alcohol became my escape – a way to induce laughter and numb the burden on my chest. However, the heaviness became too overwhelming and I made an attempt on my life. 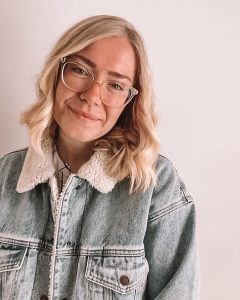 In September 2016, my sister gave birth to twins at 15 weeks premature and whilst they were both so tiny, they radiated SO much love. At five days old, my nephew died. This was my turning point. It may seem strange that more grief would act as a catalyst for change but it was witnessing my sister’s contrasting happiness of new life and sadness of death at the same time that allowed me to recognise that joy and grief CAN co-exist.

We don’t have to choose to be one or the other. We are allowed to live, to dance, to laugh and be grateful whilst also missing their presence alongside it all.

In the last three years, I have started using my own experience and training to normalise the conversation on grief & loss, in addition to providing space for others to express their own stories.

The daily statements I continue to live by and share with others are:

“I am allowed to feel ALL my feelings”

“My grief is a part of me, but it does not define me”

“Living does not mean forgetting”

For more information about Katrina, you can check out her website.