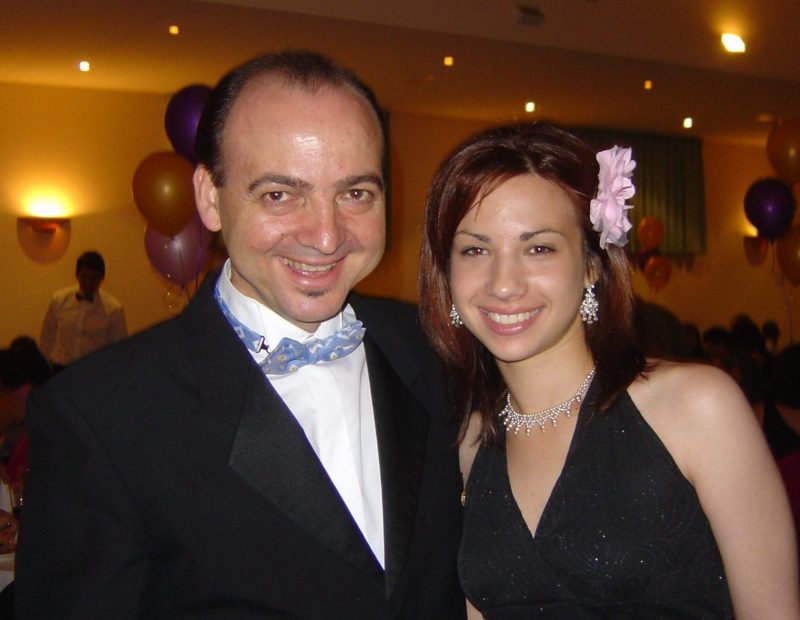 Dedicated to a brave girl called Lauren who combated mental health issues, including eating disorders, BPD, etc. and finally succumbed to it at 26 years of age on the 29th of September 2015. With this date approaching, it’s been six years that we have lived without Lauren. And with that in mind, here is my story and how I saw it all unfold.

When I, Mario, think of the words on my daughter Lauren’s headstone, I can only reflect on what her life could have been and how much more there is to tell.

Lauren suffered a mental health illness from an early age. As an adolescent, she developed an eating disorder. She eventually took her own life at 26 years of age. 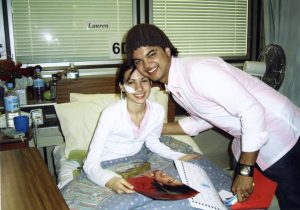 At the beginning of 2004, I saw Lauren in hospital (WCH Adolescent Ward) suffering from anorexia. She was 15 years old. I could barely recognize her. She was just over 30 kilograms and looked like someone from a developing country where food is scarce. Her bones were protruding through her skin and clothes. Unbeknown to me, this was not the first time she had suffered from an eating disorder. She told me she spent several sessions in the WCH Mental Health Boylan Ward in the past.

At this point, I had no knowledge or experience with eating disorders, and I was initially at a loss to think of ways to help her. I turned to my own life experiences, where I had to develop resilience and strategies to cope with difficult circumstances. My only focus at this time was to teach Lauren to overcome her fear and eating disorder and hopefully lead a normal life.

As a single dad, I felt like I was walking on eggshells when I was with Lauren. I was so afraid that I would say something that would tip Lauren over the edge. Eventually, Lauren took her own life through a lifelong battle with mental health.

I spent countless evenings with Lauren in the hospital and received regular emails during her battle with mental health and eating disorder issues. “Each day that goes by, I’m becoming more petrified to wake up and face life,” Lauren said in one of her emails to me. “Life is absolutely terrifying at the moment; I just don’t want to see one more minute.”

Lauren’s mental illness was caused by her struggle to overcome the physical symptoms of her eating disorder. She also wrote to me saying, “I can’t believe how hard this is. I’m in so much pain and agony, and I am absolutely terrified of everything I’m faced with.”

Needless to say, I was heartbroken. I tried my hardest to be sensitive to Lauren’s needs and focused on listening and trying not to be too pushy in the hope that this was the best approach to enable Lauren to recover. 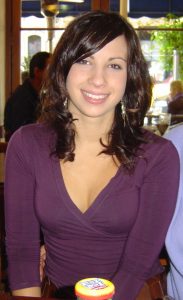 I ensured Lauren was in a safe environment throughout her early teenage years. There were signs of improvement, and Lauren began homeschooling in Year 11 after missing all Year 10 due to her fear of being surrounded by people. Lauren’s self-esteem improved as she started to meet friends, had sleepovers and enjoyed birthday parties. I recall Lauren being “on top of the world” on her sixteenth birthday. Not long after, Lauren got a part-time job and a driver’s licence. She then asked me about going back to school for Year 12 – another big step. Things were seemingly improving, and Lauren was following the course of most teenagers.

I was always very conscious of making sure I said the right thing and not coming across as too pushy. Lauren had a boyfriend at this time and moved out of home just before her 19th birthday. This move made me nervous as I was worried that she would go downhill if things didn’t work out.

The contact between us became less frequent after she moved out. “Should I push the issue or let her have her own life?” I pondered. Lauren successfully gained a double degree in psychology, and things were seemingly progressing well in her life. Perhaps I didn’t need to worry so much?

In 2013, Lauren tried to take her own life and was admitted to the hospital. I wondered could I have done more between 2013 and her fateful day two years later, 29th September 2015?

Before her death, she had been diagnosed and was being treated for borderline personality disorder. I believe that BPD and anorexia are mental health issues that are related in some way. I’m not a clinician, so I make this statement as a parent. If the correct early intervention had occurred before the eating disorder manifested itself, it could be possible that I wouldn’t be writing this story. My heartache as a father of not knowing if I could have done more, if I could have done something sooner or if I failed, will inspire me to help others in my situation.

Unfortunately, I can’t change what happened to Lauren, but hopefully, we can provide intervention strategies early to prevent the disease from developing further. We can also provide guidance and education for people who are around the person with an eating disorder – this is a real disease.

If you saw Lauren, she was a happy person. She was always smiling in photos. Behind that smile, she may have been planning her end for some time. Even if she was alive today, we would need constant support around her. It’s an ongoing thing. The reality is that mental illness never goes away.

After Lauren’s passing, I have created her legacy (Lauren’s Legacy Lives on) in the hope she is not forgotten. I wanted to turn a heartbreaking situation into one that could shine a light on her. I constantly think not what I would like to do but what she would have wanted.

So in her honour, we have set up a PhD Top Up Scholarship at Flinders University via the Breakthrough Mental Health Research Foundation. On top of this breakthrough, they are honouring Lauren with a newly built residential building, which will also include a new Statewide Eating Disorder Service to help those in need. 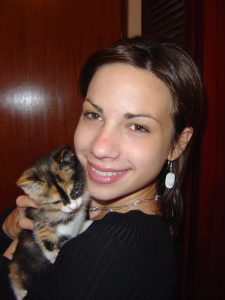 Also, Lauren regularly assisted the Cat Adoption Foundation (CAF) as she loved her animals, especially cats, as they gave her unconditional love. CAF has named their Adoption Days after Lauren. At the Women’s & Children Hospital, we have helped support the old Boylan Ward, now the Mallee Ward, with arts and crafts. There will soon be dogs going into the Adolescent and Mallee Wards to comfort patients. This has been accomplished by the WCH Foundation.

In summary, losing Lauren this way was so hard to accept. Each day, I think I’ll wake up and hope it’s just a bad dream but then reality sets in soon enough. I never forget picking her up from school one night with the song “Forever Young” blaring out of my car, only to realize how embarrassed I made her feel to her friends. Now, that will always be how I feel about her, “Forever Young.”

As a parent, I would gladly swap to ensure she was able to have a fuller life. It just is not fair, and a strong message to us all is to make the most of your time with your loved ones, as you may never know what tomorrow may bring.

For more information about Mario, you can check out his Facebook page for Lauren.