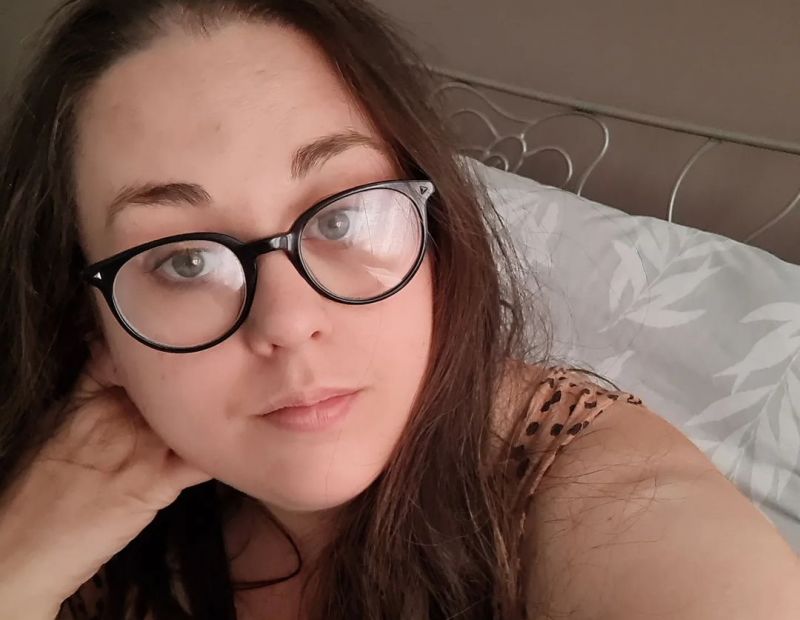 On February 11, 2019, my life was at its best. I was married to the most amazing man, we had just bought our first home, I had started a wonderful new job and (most importantly) I had a beautiful son who was celebrating his third birthday. At the end of the evening, he blew out candles on his cake in his greatnanny’s living room with us, his greatnanny and his grandad present. He had telephone calls with Nanna Jan, Auntie Ellie and Auntie Sarah. Our little family was blissfully happy and life felt settled. I think about that day all of the time. I would love to relive it. I would love to go back and be completely ignorant of the fact that, in just under 48 hours, our entire lives would change. I would love to go back and be blissfully unaware that, on that same day in 2022, my son would have his birthday again but four of the most important people in our lives would no longer be alive to celebrate with him.

Just two days later I stood in a hospital car park having had my life changed forever. I’d been to visit my step mum, Jan, in hospital. She had felt unwell after a routine operation. She unexpectedly deteriorated that day. A doctor arrived and told us that she had a very rare form of cancer that had gone undetected. It was so advanced that her body was shutting down and she only had hours to live. On February 13, 2019, I walked out of the hospital with a newly widowed father, my two sisters, a bag full of Jan’s possessions, a cloud of grief and an altered life. 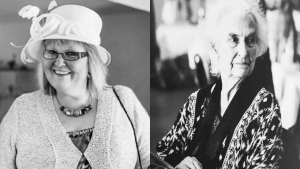 I thought that it couldn’t get worse but it did. Two weeks later, I discovered that my nan, Barb, was dying. She’d had breast cancer for four years but had hidden it in order to have a “normal” life with us. I was still in shock from Jan’s death — truth be told, I was walking around like a robot — and now the woman I loved most in the entire world was about to leave me forever. In the midst of saying goodbyes to Jan and trying to adjust to our new lives, we lost Barb on March 26, 2019.

It was hell but we pulled together as a family and began to carve out a “new normal.” Then the pandemic hit and challenged us again. My father is medically vulnerable and he went on to be locked away from us for eighteen months. Our family is spread across different counties, so we were also restricted from seeing each other. It was a very tough time and it made adjusting to our new lives more difficult.

Then a moment of sheer joy came when my daughter was born in February 2021. It was still challenging because we couldn’t be together but we expressed gratitude that a happier time had arrived for our family.

It lasted for five days.

Out of the blue, my dad phoned in tears. My sister, Sarah, had been experiencing Covid-like symptoms for just over a week. All of her tests were negative; doctors had asked her to go to the hospital for a routine chest x-ray. After reviewing the scans, doctors told her that she had cancer. It had spread to different organs in her body and it was terminal. Just five weeks after diagnosis, in the middle of a pandemic that meant we couldn’t be together, cancer ripped Sarah away from us on March 28, 2021. She was just 32 years old. 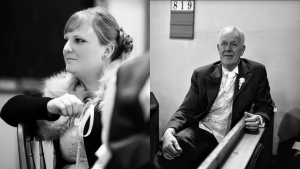 In the months that followed, our family suffered together but physically apart as pandemic restrictions continued. Then, on August 9, 2021, we suffered another blow when my father-in-law, Dave, passed away unexpectedly. I was thrown into grieving another loss whilst watching the man that I loved having his heart broken by grief too.

Our world had been turned upside down. We’d physically lost people we loved and futures we had planned with them. Our son had lost so many of his loved ones and he struggled to process it. Even our daughter’s entrance to the world was tainted. I entered into a period that I now call “The Fog”; everything seemed out of my control and I felt like I no longer recognized myself or my life.

I was more thankful than ever for my little family at that time, especially my son and my daughter. They gave me purpose. My husband and I supported each other as we grieved. Our son needed me as he started to understand the permanence of his losses. My daughter was new to the world and was depending on me to care for her. So, I fought back against the fog. It took everything that I had but I did it. I spoke about my feelings, I structured my days to give me purpose and I signed up for bereavement counselling. Slowly the fog began to clear.

Bereavement counselling was the best thing that I did during that time. It helped me to reconnect with the positive memories of the people I loved and lost. It also allowed me to work out what I wanted for my future. It wasn’t an instant process but that is something that I actually liked about it. Over time, the advice that I was given applied to my grief in new ways as it evolved. That is what lead to me read through Sarah’s messages again. My new way forward was found in one of her texts. There it was in Sarah’s words “You should start a blog!” She always used to say that to me. I love to write but I’ve never really had to confidence to share anything I work on. Whenever we talked about it, Sarah would tell me to start a blog. That day, I finally knew what the blog would be about.

Sarah was passionate about mental health and wellbeing; she’d studied multiple degrees and was pursuing a career in that field. Jan’s death also made Sarah feel strongly about the importance of discussing grief openly. So, that’s what I decided to do. I set up my blog, A Load Of Grief, to document my grief experience and break down barriers around bereavement. It is my sincere hope that it will serve the memory of my family in a positive way, allow Sarah to still achieve her goals and help others find their way out of the fog.

For more information about Alexa, you can check out her website.