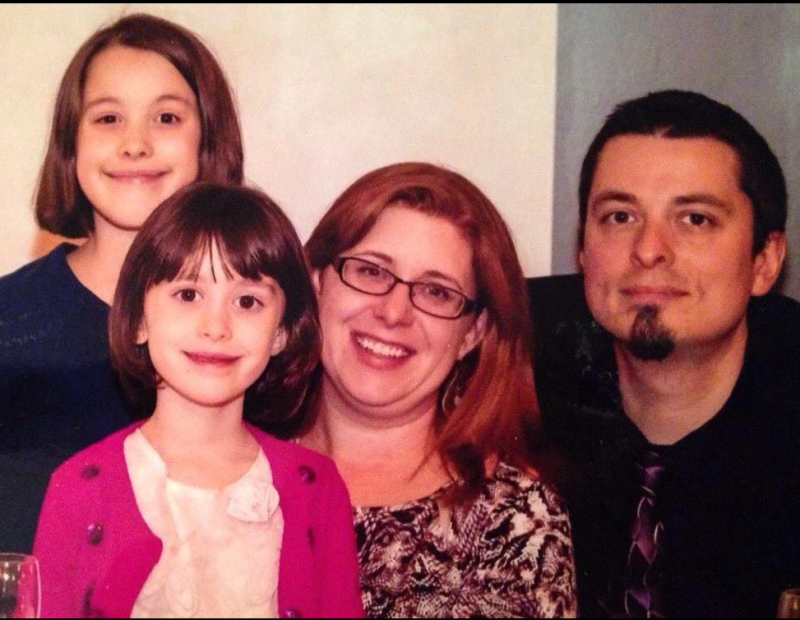 Dr. Mark Koncikowski was a chiropractor, counselor, and devoted father from Buffalo, New York. Mark passed away from Sudden Unexpected Death in Epilepsy (SUDEP) on October 30, 2014. Mark was only 36 years old when he died, leaving me a  young widow with a five-year-old and a nine-year-old to care for alone.

Mark and I had met when we were 15 years old as high school sweethearts. We shared the next 21 years together. Through a lot of ups and downs, we remained each other’s constant. Due to a number of ongoing stresses and other losses in our lives, including the mental health impacts of his epilepsy, we had been separated prior to his death, but we were actively working on our marriage. I was the one who found him in his apartment when he failed to pick the kids up for school that morning. I was immediately overwhelmed with guilt, shame, and anger. How could this happen? How could he have died alone? After all, we had been through together, how could I have not been there to say goodbye and let him know how much I loved him? I blamed myself for his death.

In an attempt to cope, I found myself standing in the bookstore a few days later, searching for the book that would tell me how to do “this.” This great big, horrendous thing: a world in which Mark no longer existed and the children and I had to survive without him. There was no book. Sure, there was a self-help section. There were memoirs of women who had been widowed. There were children’s books on grief. But there was no book that told me how to parent two grieving children when my heart was broken.

The support I would receive came not just from family and friends, but from strangers. Within a few weeks of Mark’s passing, I found a local Meet Up for widows and widowers. One of the facilitators of the group was a woman just a few years older than me, who had a young son. When I messaged her to inquire about joining the group, she offered me her phone number. I called and poured my heart out to her. Her kindness in helping me navigate the first decisions and weeks after Mark’s death will never be forgotten. I attended a Meet Up at her house a few weeks later, not knowing that my life would again be forever impacted by that one decision.

At first, it seemed that everyone in the group “got it,” because they were also going through the loss of a spouse. However, most of the group members were decades older than I was and I struggled as time went on to relate to them. As they worried about what would happen to them living alone at 65, 75, or 85, I wondered about who would help me navigate school pick-ups or how I could pay for childcare for two on one salary. As time went on, it became clear that our generational and cultural differences were affecting my willingness to stay connected to most of the people in the group. What I needed most was a connection with other younger, widowed parents. Our challenges and stressors were different from our older peers. So I started Widowed Parent Project as an online, moderated Facebook group to support people who were widowed with children under 21.

Widowed Parent Project welcomes all people who lost their beloved and found themselves in this situation. At first, the group was just me and the handful of other widowed parents I had met through the Meet Up or from another local support group. As time has gone by, we’ve grown to 230+ participants. Two years after Mark’s death, I decided that surely I could put my background in trauma counseling and research to good use and write the book I wish I had had. It’s taken me six years to complete it, because solo parents don’t get a lot of time to themselves and because I wanted to include not just my family’s story, but the stories of many members of the Widowed Parent Project. These brave people shared their stories in the hopes of better supporting those who find themselves suddenly thrust into the world’s worst social club.

Connecting to other widowed parents has helped me let go of the shame and guilt I carried in the beginning. It has helped me speak openly and authentically about the struggles we faced before and after Mark died. It has allowed me to extend myself the same grace I extend to others. Giving myself and my children the time we needed to heal our hearts has also allowed me to open up to love again. 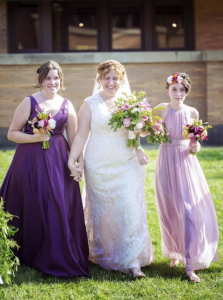 At peak pandemic in June 2020, I stood in the woods behind our house and married the love of this life I have had after Mark. It turned out that even in my darkest hour, God had not abandoned me. She had a plan for a future self that I could not comprehend then.

As I sat and sobbed through my story that first day in the Meet Up group, a man with sad eyes sat across from me. He was too distraught to speak much. All he could get out was that his name was Brian, it was also his first time coming to the group, and it had been three months since he lost his wife. Brian and I turned out to be the only thirty-somethings in the group and a natural friendship formed between us. That friendship turned into love and his love has helped me heal the heartbreak from the death of my first love.

People often get confused when I talk about my husbands in the plural and I have to explain that I have one husband who is living and one who is deceased. People who haven’t been widowed assume that in order to love again, you have to stop loving your late spouse. That’s not how this works. Much like when you go from raising one child to two, your heart simply expands.  I will love both of these men until my dying day. Mark’s physical body is gone but his spirit has lived on in the stories I write, in the smiles of his children, and in the many traditions we employ to keep his memory alive within our blended family. Love is infinite.

For more information about Jeanette, you can check out her website.