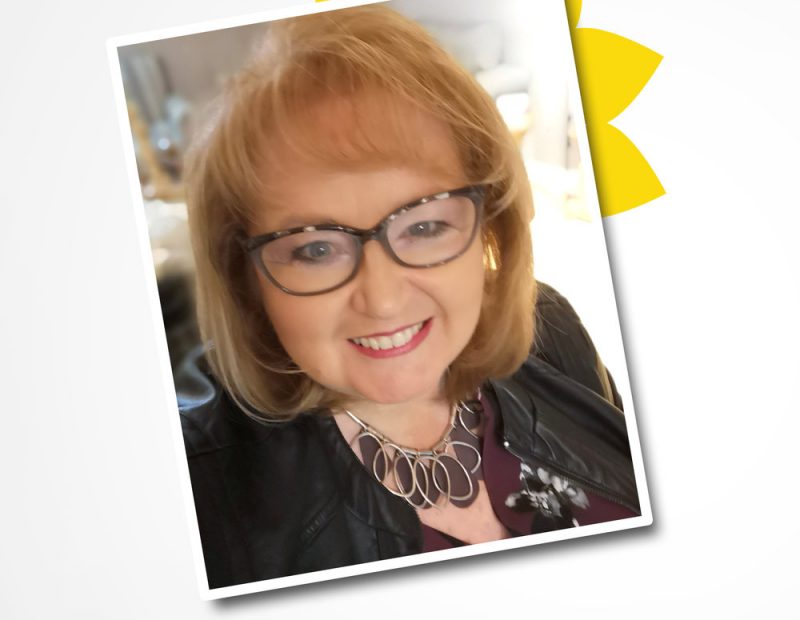 It’s November 30, 1998. I’m at Sick Kids Hospital in Toronto, Ontario. My eight-year-old daughter Rachel has been transferred here two hours ago after spending the night at Ajax Hospital due to a flu bug she has been fighting for a week.

The doctors haven’t figured out why Rachel is so lethargic and what kind of flu bug she has. The pediatrician at Ajax Hospital advises me that the flu bug has triggered a condition called Idiopathic Thrombocytopenia Purpura (ITP), where your antibodies attack your platelets instead of the virus. 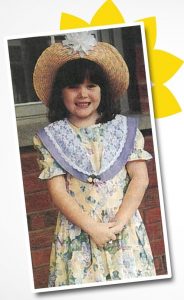 My ex-husband and I are standing by Rachel’s bedside while they poke and prod her, taking blood to check her platelet count. It seems like they are drawing blood every five minutes. If the platelets get too low, there is a slight chance (less than one percent) that she could get a spontaneous bleed in one of her organs. Rachel remains asleep through all the commotion. I feel like a helpless bystander.

I stepped out of the room to check in with my work messages. When I return to Rachel’s room, reality punches me in the face. The doctors still haven’t figured out what is going on with the flu virus. Rachel sits up and looks at me with her eyes glossed over, but somehow as only a mother would know, I hear a cry for help wash over her. Her limbs are stiff, she is trying but unable to move, and she is very agitated. I call for help, and the doctors come running. I tell them something is very wrong. At that moment, I think she’s having a stroke because her right side won’t move.

The doctors order a CT scan suspecting that the virus may have attacked the brain or that there’s a bleed in her brain. I have never been more horrified in my life. The CT scan confirms that there is, in fact, a bleed in her brain, and they have to operate. But first, they have to get her platelets up to a high enough level so she doesn’t bleed to death while they’re removing the front left lobe of her brain to release the pressure.

While we wait in the waiting room, family and friends start showing up at the hospital to offer us their love and support. The doctors then tell us once they remove the front left lobe of the brain, it will change Rachel’s personality, her motivation and her memory will be affected. Immediately, I go to the chapel, drop to my knees in a heap and surrender Rachel to God. They call me out of the chapel and tell me we have to hurry. I run down the hall beside her bed as we wheel her to the operating room. I kiss her, tell her to be brave, and that I will be praying and waiting for her.

Two and a half hours later, the surgeon comes out and tells us that Rachel didn’t make it. She is pronounced brain dead at 7:30 A.M. on December 2, 1998. The hospital is silent from the night shift except for my desperate fatal scream that echoes through the whole hospital.

As we gather around Rachel’s bed, she still feels warm to touch. It doesn’t seem like she is dead. They explain that the machine is keeping her breathing. Her heart is beating, but her brain is dead. I say, “Okay, what do we do now. How do we fix this?” The doctors and nurses just look at me. I look at my mother as she puts her arm around me, and it sinks in: this can’t be fixed.

Shawn, my six-year-old son, crawls up on the bed and lies on top of Rachel, kissing her. Shawn looks up at me and asks, “Who’s going to walk me to school?” I reassure him he won’t have to walk to school alone while I ask myself questions like, “What about her dance recital later this month?” “What about high school?” “What about falling in love and getting married?” “What am I going to do without her?” The thoughts are racing through my head, yet I somehow muster up the strength to say our goodbyes.

The doctor asks me if I have considered organ donation, and I immediately remember an incident five weeks prior.

In the Toronto Sun newspaper, there was an article about a 12-year-old boy that had undergone a double lung transplant. He was sitting in his hospital bed with his arms raised in victory. Rachel peeked over my shoulder and asked, “Why is he so happy?” I told her that his lungs were better. She asked what was wrong with them? I told her his lungs were sick, so he got new ones. “Where do you get new lungs,” she asked? I told her what an organ transplant was. She replied, “oh,” walked away and started playing. Then, a couple of minutes later, she said, “When I die, I want to give my organs to kids to save their lives.” I was so proud of her in that moment. Never did I think I would ever be drawing on that conversation, much less five weeks later.

But in that hospital room, in that bleak moment of powerlessness, helplessness, and reason for my life showers over me like a heavy grey blanket. The only thing I can do is fulfill her wishes.

Rachel was able to donate her heart, lungs and two corneas. Her heart went to a seven-year-old girl. Her lungs were flown down to Pittsburgh for a 12-year-old girl who had undergone a heart and lung transplant surgery in 1991. This was to be her second lung transplant. One of Rachel’s corneas went to an infant who was blinded at birth. The other went to a toddler who was blinded during surgery, giving both of those children the gift of sight.

The young girl that got Rachel’s lungs died after two and a half months from pneumonia, but Rachel gave her a second chance.

At Rachel’s funeral, a man attended that played hockey with my brother. He was a writer for the Toronto Sun newspaper. He was very touched by the organ donation that was spoken of at her funeral. The man approached my brother to have him ask me if he could write a story about Rachel and her organ donation. I said, “No. My daughter died. It’s not a news story.”

After a week or so, I remembered the impact that a similar story had on Rachel. I reconsidered, realizing if Rachel’s story could touch one person, then we would be paying it forward. I met with the writer, and he wrote a story about Rachel. It ended up on the front page of the Sunday Sun newspaper with a two-page spread about her on pages four and five. The writer, Kevin Hann, won an award for this story and his editor encouraged him to submit it to Chicken Soup for the Soul. It was then chosen as the number one story in the Chicken Soup for the Parents Soul book, and now her story is touching millions of people.

The Gift of Purpose 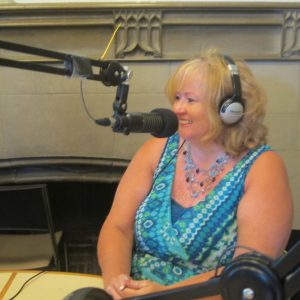 Although tragic for me, I have been blessed with my most treasured gifts in life from this tragedy. By confronting my grief, I have been able to live again! I learned what was important in life. And most of all, I learned what I am made of, who I am as a person and who I am for the universe. I discovered what my purpose is, how to strengthen my faith, my consciousness and my awareness. Also, how to share tragedy and have it be an inspiration to others.

It’s been a long road in some respects and, in others, in a blink of an eye. Soon after Rachel died, I suited up and went back to work, but it felt like I had brain damage. I couldn’t think straight, concentrate, relay information from one person to another, or recall information I had read just minutes earlier.

On certain days, even getting Shawn off to school was a big feat. I was a wreck, and for me, if I couldn’t do it well, I didn’t want to do it at all. I had a lot of pride and did not want my peers to see me crumble. It was best for me to just leave gracefully. After 18 years of employment, I left my corporate job. In order to keep the roof over our heads, I started cleaning houses. This job allowed me the freedom to cancel on days that I was struggling and avoid dealing with the corporate grind, as I called it at the time. I could go home and cry or sleep or do whatever I needed to do.

As time went on and I grieved Rachel’s death, I got stronger and stronger. But let me tell you, time does not heal. I have never worked harder in my life than the first two years of grieving. It truly takes something. If I had just sat around waiting for time to heal, I would still be lying on my living room floor in the fetal position howling like a wounded animal. In my experience, healing is a verb, which implies action.

The Road to Recovery

My world was shattered. It felt like I was putting together pieces of broken glass. I was desperate to have the life I used to have. Yet, that was impossible because my world used to have Rachel in it, and now she was gone.

I decided that after Rachel died, I would survive life, take it passively and make the best of it. I walked through life with that attitude and outlook, in the first year and at times, I just wanted to lay down and not wake up. Death at times seemed like a viable option, but then I chose life. And it is a choice.

I decided my life was going to be full of joy, happiness and laughter. And I decided Rachel’s death was not going to define who I was but shape me into who I become. My circumstances would no longer determine how my life went; I would be doing that. 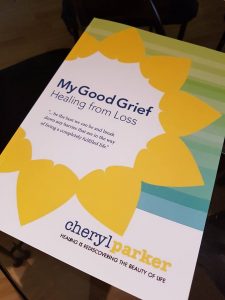 In 2008, my ex-husband died by suicide, and it has been devastating to my son Shawn. From my own grief work that I had done with regards to the divorce, I was complete with my ex-husband and was able to host a memorial service for him and honour this man, and a life that mattered and is a demonstration of love and forgiveness in front of my (at the time,) 16-year-old son. I continued to support Shawn while he worked through his grief.

After eight years, I closed my cleaning business. This was when I decided to return to the corporate environment and stepped back into leadership roles. I really enjoyed it. Also, I continue to do public speaking, authored a grief healing workbook called My Good Grief – Healing from Loss, facilitate one-on-one grief workshops, help with mental health training for the Ontario Junior Hockey League and discuss mental health in the Workplace Workshops for various companies. I advocate for people being Free To Be REAL and to help them reclaim their lives in the face of loss so they can fulfill their dreams with joy in their hearts.

For more information about Cheryl, you can check out her website.