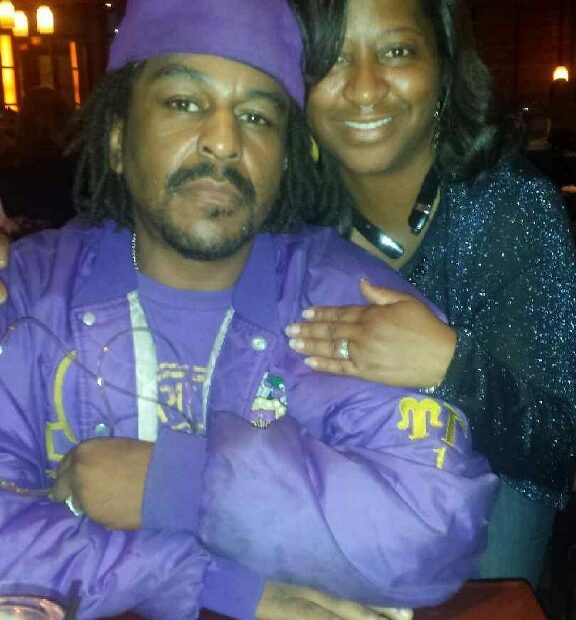 At the start of 2015, I was excited about planning what was to be my Fabulous and Fortieth birthday party in October. My vision was a family cruise. It would have been a long-awaited second cruise for my husband Kevin and me. Unfortunately, a medical diagnosis would change everything.

Over the preceding year, Kevin had been struggling to perform basic activities, like walking long distances and tying his shoes. He traveled a lot for work but had started needing assistance with that too, like wheelchair assistance. He hadn’t shared this information the first time, only after he was taken to the ER in Houston, Texas, by a few students he was training for the company we worked for. When the attending doctor there said he might have congestive heart failure, he knew it was time to see a specialist. And he wanted me to be there with him.

What I didn’t know was that I was going to need someone to be there for me. Although I knew this could be serious, I wasn’t expecting the news that we received. My heart stopped when Dr. Mateo explained Kevin’s condition to us. He was diagnosed with advance stage interstitial lung disease (ILD). At the young age of 47, he was a candidate for a double lung transplant. However, his current BMI of 45, his smoking status, and the amount of scarring on his lungs severely reduced the likelihood of that happening. The doctor said as much.

Kevin left that appointment with a portable oxygen tank and a subscription for a home unit, which he would be using for the rest of his life. Neither of our lives would ever be the same. Unable to live like he wanted to, Kevin began to die a little each day. Mentally, spiritually, and emotionally. My grief began here.

Over the next two years, Kevin and I had it all figured out about how he was going to depart this world. He thought he was going to die in his sleep at home. I thought it was going to be a drawn-out ordeal at the hospital following an extended stay with life-saving measures. We were both wrong.

On the night of December 17, 2017, Kevin and I had just begun making up from a huge argument that happened the day before. He went for a drive, his daily treat, around 9:30 PM and returned about an hour later. We met in the middle of the living room, locked eyes, and exchanged a brief but loving kiss. I assisted him with switching from his portable oxygen tank to the concentrator at home. He went into the bathroom to play around with his beat machine while I stretched out on the couch to watch the Hallmark channel Christmas movie of the night.

Nearly an hour later, I was awakened by the blaring sound of the smoke detector. I jumped up and ran to the kitchen. That’s where Kevin and I locked eyes for the second time that day. Flames were shooting out from the oxygen cord. With shaky fingers, I dialed 911, sure that Fire Station 2, which was around the corner from our home, would be there in time before the fire got too big.

The fire got out of hand. My two dogs couldn’t be rescued. Kevin went into cardiac arrest and was taken to a nearby hospital. The house was instantly uninhabitable, and all our material possessions gone.

When I was finally released to go to the hospital, I received the worst news of all. It was shortly after midnight when the admitting doctor told me Kevin was on life support. By 2 AM, December 18th, Kevin breathed his last breath. No matter how much Kevin tried to prepare me for his death, I wasn’t ready.

Losing him so suddenly cut like a knife. Having to face all the firsts without him so soon felt incredibly cruel. Christmas was the very next week and New Years was the week after that. Our wedding anniversary in March. I cried nearly every day when I was alone. 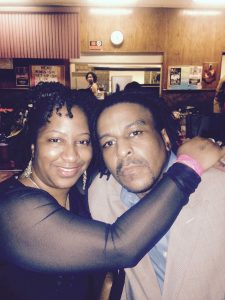 It was only the grace of God that propelled me forward in 2018. Losing Kevin in a blink of an eye brought me face to face with just how quickly one’s life can be over. Suddenly everything on my to-do list became a priority. I ran for a leadership position in my sorority that I knew I wouldn’t win. The point of running was to put myself out there, letting the chapter know of my leadership intentions. Kevin always told me that I could do anything. I heard him cheering me on the day I gave my candidate speech.

In the summer of 2018, I applied for a graduate program in library science. I’d been at my current employer for 20 years and was ready for a change. I’d written the interest letter for the program five years before. It was time. I started the program in the fall of 2018 and am slated to complete it in December 2021.

In 2019, I received an invitation to participate in an anthology for widows. To date, I still don’t know how the curator of the project learned about me. But, as a writer and author of two fiction novels, I was excited to share my story of resilience on my widow’s journey. The book, A Widow’s Resilience, was released in April 2021.

Productivity has been key in my grief journey but so has taking care of my mental health. I’ve continued with the personal therapy I started before Kevin died. I also sought out support groups for widows early on, never finding the right one for me. What I did find was a friend who also happened to be family. Tonia was married to my cousin, Othello, who died six months before Kevin. She and I crossed paths at a widow group we had both located online. Once she and found each other, a fast friendship began. I have found support and encouragement with her through every stage of this journey. I have also learned to give it in return.

Over the last two years, she and I check on each other during rough times like national holidays, our wedding anniversaries, our birthdays, and our husband’s birthdays. We’ve been each other’s rock. In December 2020, we decided to take our personal conversations of support and encouragement for each other to the masses. In April 2021, we launched the first episode of our podcast, Conversations Between Widows. This endeavor has been such a blessing to me. But the biggest blessing of it is knowing that Tonia and I are blessing other widows on the same journey as us.

For more information on LaCharmine Jefferson, check out her website.