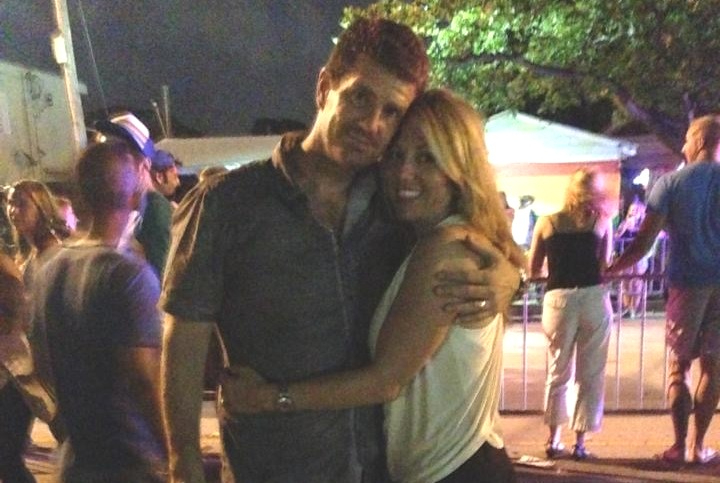 Almost nine years later and there are times when I tell myself that I have this grief thing mastered. I have accepted all the lessons that have come with my husband’s untimely passing at forty-three. Maybe I’ve made it to the other side. But as I stand in the middle of the happiest place on earth, on another trip to somewhere my daughter still has vivid memories of her dad. A song begins to play that pulls at something in the back of my mind and I look up to see a father holding his young daughter, probably the same age Sophia was. As he dances with her in his arms, the tears start to flow, and images of Brent holding our little girl flood my head. He sings this same song, never knowing how short their time together would be. And suddenly the waves of grief for what will never be washed over. It still takes my breath away, even after all these years.

Before Brent died, I lived like so many, under the illusion that tragedy only happened to others, never to you. We were married for almost eight years (he died two weeks before our anniversary) and together for twelve. Like most couples, we had our ups and downs but seemed to find some footing as we matured. In the weeks before he died, Brent told his sister he was the happiest he had ever been, so happy it scared him. He had moved into a new career he loved, we had two beautiful children, and life was good. We were immune from tragedy; we were young and immortal, or so we thought. 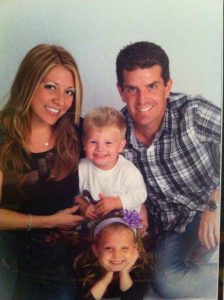 The days before he died could not have been more perfect. We put down an offer on a new house that we were excited about, and things were clicking. I remember having lunch with a friend telling her how we were in the best place we had ever been in our marriage. Recently, Brent had a health scare and was told by his doctor he needed to lose some weight, or he would not see fifty. The thought of not being there for his children was all it took; he changed his habits, took up cycling and lost eighty pounds. This was how Brent tackled life. No looking back, only forward. He began to enter races and was training for his first triathlon. The change in his routine that day still haunts me, however, I have learned that what-ifs are not a place you can live, or it will consume you. That day he decided to skip his morning ride to go into work early and left in dusk hours instead.

On June 28, 2013, my larger-than-life, young, vibrant husband was hit by a car less than a mile from home. He died in an ambulance twenty minutes later while I was running an errand. There are really no words to describe the immense shock and pain that comes with someone being ripped out of your life so suddenly, it is still hard for me to revisit that night.

Since his death, I have learned to truly live life in the present, that is what losing my husband has taught me. It is not easy, and it takes work every day. I am human. I stumble, I fall, I make mistakes, but I also learn and grow. I am forever changed by losing the innocence that tragedy only happens to others. Before Brent died, I wasn’t truly living. I was always going so fast, missing some of the most important moments of my life. Time I can never get back. I said no to trips, invitations with friends, and I tucked away childhood dreams and passions. But it was during that first year something changed in me, and I have my husband to thank. 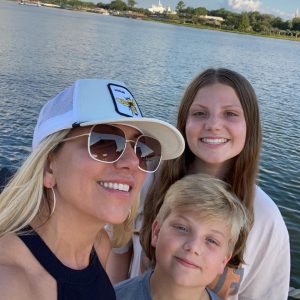 The anticipation of the first anniversary became paralyzing. It blinked brightly on the calendar like a neon sign as we passed all the other firsts. It was in those anxious moments that I thought of how my husband had lived his life, full of adventure, smiles, and passion. I thought of all the places he wanted to go and would never get the chance. How he had lived each day like his last. It is in those moments in that first year I decided I would not sit around and wait for death, instead I would choose life. I would never wait at home counting down the hours for the clock to strike six, it’s not what he would have wanted. Each year I would take a pilgrimage somewhere new in his honor, visiting places we would have gone together, sometimes with the children, sometimes without.

In the nine years since his death, the kids and I have spent time at our favorite place in Florida. We have traveled to Jamaica, Hawaii, Vegas and more. In 2019, I went to Ireland with my two best friends. It was where my husband wanted to go on our honeymoon, but we were saving for a house, we would go one day I told him. I left his name on the Cliffs of Moher, he finally made his trip. The kids and I have created a tradition where we buy a picture frame from each place we visit and hang it on our wall at home. Our goal is to have no more space left one day.

In the years since he passed, I have learned to say yes to life. I opened businesses, chased passions, and started writing again in hopes to help others heal on this same journey by sharing our story. And I have allowed myself to feel joy and happiness again by not being afraid of what could happen. I know he is watching over us, proud of the life we have created, cheering us on for not only surviving but thriving. The children and I make every twenty-eight seconds count. And this is the greatest gift we can give to honor him.

For more information about Laura, you can check out her website.