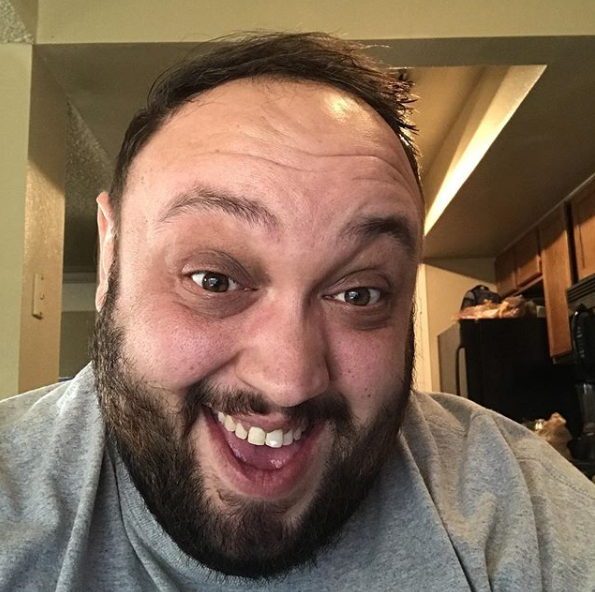 I’m no stranger to grief, and I’ve probably experienced more loss than the average person. I don’t say this as a way to say my loss is more valid than anyone else’s. I learned a long time ago that sometimes it helps to learn from others who have dealt with various challenges in life. Within just a few years, I had experienced the loss of over 80 people, many of them far too young.

So, how have I lost that many people in my life? Well, I’m actually surprised at how long I went without losing many people. But that all changed in 2012 when I got sober from alcohol and drugs. While getting sober was the best thing to ever happen to me, it was also like joining a war I didn’t realize I signed up for.

I imagine people in various branches of the military who are sent off to combat never know which of their friends will be dead from one day to the next. I can sort of relate to that since getting sober.

On paper, I think most would assume that if you knew anyone who experienced this much death, they would be traumatized or so depressed they couldn’t function. Then, there’s also the possibility that someone like myself has just become numb to loss. That’s not the case at all. With each loss, I still felt immense grief. I’ve learned that the best way to grapple with grief is to honor those that we’ve lost.

This has been a very long process, and it actually didn’t start this way. When my ex-girlfriend died at the young age of 24, I handled it terribly, but it taught me some valuable lessons that I’ve since learned from.

My First Real Confrontation with Grief

Up until my twenties, I only experienced the deaths of a few people in my life. When I was about seven or eight, my grandma died, but we weren’t that close. It was my first time going to a funeral and losing someone I knew, and although she was family, I only met her a few times. Later, in high school, we unexpectedly lost a friend in a car crash. I remember crying like a baby at her funeral. Not long after high school, another friend from our football team passed away from a freak medical condition. That tore me up as well. Fortunately, at the time of these deaths, I hadn’t yet been self-medicating with drugs and alcohol, so I just dealt with it as best as I could. 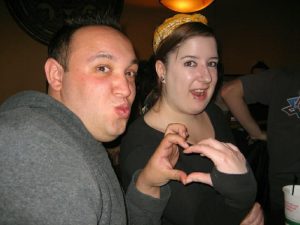 In my twenties, my alcoholism progressed. I used it as a way to cope with my severe depression and anxiety. And when you’re an alcoholic, you can’t just date anyone; you need to find someone who either accepts your drinking and doesn’t bug you about it or find someone who drinks as much as you do. I found the latter in one of my first loves, Courtney. We had an extremely toxic on-and-off

relationship due to our drinking problems, but I loved her, and even when I moved on and had my son in a new relationship, she was still my best friend.

Even though she had her struggles with alcoholism due to years of a difficult life, she was a great person. Her drinking worried me because she often drove drunk, and she even got into a car crash that nearly killed her. After that wreck, I was one of the only people who came to see her because the rest of her friends were just drinking buddies telling her to get well soon so they could go back out drinking. She did have some good friends who worried for her, but we alcoholics will shut out the people who care and gravitated to our enablers.

One day, I got the call that Courtney was in the hospital after having a seizure. Before I could even get to the hospital, I received the next call that she died. She had drunk so much that her body just gave out at 24 years old.

At this time, my son wasn’t even a year old. I was still deep in my addiction, but I was abusing prescription drugs more than alcohol. Courtney was the closest person to me to ever die, and I was furious at the people who enabled her. The problem was that I didn’t know how to cope with her death, so I drank and used even more than I had been. I felt like the worst person on earth and would beat myself up because I knew that’s not what she would have wanted me to do.

When someone dies, I think our top priority is typically to honor their death somehow. Well, the exact opposite of honoring her death was to do the thing that killed her. I felt like a piece of garbage. It took me almost dying and losing everything for me to get sober a few years after her death.

In 2012, I was able to get sober thanks to my mom and the amazing people I met in 12-step meetings. I’d love to take all the credit for my sobriety, but I wouldn’t be alive today if it wasn’t for others. These people taught me a new way of living. I don’t know if I’ll ever be able to repay the debt.

Sadly, within a few months of getting sober, people I knew started dying. Typically, people just stop coming to meetings because they relapsed and gave up. Sometimes, they’d come back. Other times, you’d find out that they didn’t come back because they died after their relapse. I knew mothers and fathers who died because they wanted to do it just “one more time.” I met parents who lost their children weeks after the kid celebrated a sobriety anniversary.

We drink and use it for a wide range of reasons, one of those reasons is to cope with death. So, sometimes, you’d see a chain reaction after someone died. Fortunately for me, not only did these people teach me how to stay sober, they taught me how to honor those we’ve lost. They also taught me how to be extremely grateful for the opportunity I had that many others didn’t. I realized how lucky I am to still be sober, and it’d be a big slap in the face to their memory to give up.

At about three years sober, I was fortunate enough to start working in a drug and alcohol treatment center. It’s the best job I ever had. Each day, I was able to go to work and help those who were trying to get sober. This was a large treatment center as well. At any given time, we had hundreds of men and women who were trying to overcome their addiction. The problem is that when you work with that many drug addicts and alcoholics, due to relapse, you’ll experience a lot of death as well.

I worked there for a little over three years, and I had over 80 clients die after leaving treatment. Most of the deaths were from relapses, and the majority of them were from their first time using after treatment. Sadly, most of these people hadn’t even lived to see their thirties. Aside from those who died from overdoses and health issues, there were also many suicides. For many people, drugs and alcohol were their only reason for living.

I ran groups at the treatment center every day, and sometimes I would do more than one group a day. I can’t tell you how many times I’d get a call before a group that a former client had died. Sometimes, I’d have a bit of time to process it or even cry in my office before the group. Other times I had to go straight out there.

How did I do it? By honoring their memory.

Each day that I get to wake up is a blessing because I’m living on borrowed time. And although 80 is a large number over three years, I had thousands of clients who managed to stay sober. Each time I had to walk into a group after learning about a death, I honored the ones we lost by doing the best group I could possibly do. Each person in that group was trying to stay sober, and they were looking to someone like myself for the tiniest drop of hope. Most of the time, the current clients didn’t know the person who died because they were there months before them. Other times, they did, and I was able to teach them what I’ve learned about dealing with grief. I still get calls and messages to this day thanking me for helping them.

But that thanks doesn’t go to me. They go to those who taught me and the ones who taught them.

Wait. You aren’t an addict in recovery? So what does this have to do with you? Everything. It doesn’t matter who you are. You can honor those we’ve lost by living the best life you can live each day. You have an opportunity that the people we lost don’t have, so what’re we going to do with it? I’m not perfect every single day. I’m sure not a Mother Theresa or Gandhi, but I find meaning and purpose on a daily basis through helping others and appreciating my time on this planet.

When we do our best each day to be better friends, better children, better parents, and overall better people, we’re honoring those we lost. I know there are days we want to curl up in a ball and cry, and some days, that’s exactly what we should do. But at a certain point, we have to ask ourselves how that person we lost would want us to spend our day, and go out and do that instead.

For more information about Chris, you can check out his website.