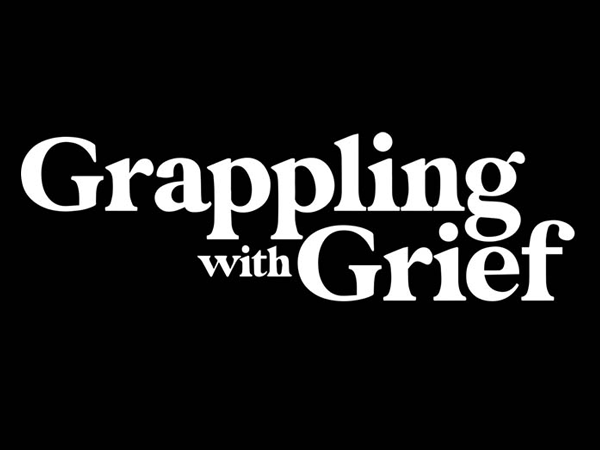 Introducing Grappling with Grief: A Non-Profit Organization Helping People Cope with Grief and Inspiring Them to Channel It Into Positivity

Everyone deals with grief in their life at some level, whether it be through loss, or through physical or mental health challenges. In Fall 2018, after his father was diagnosed with cancer, James “Jimmy Van” VanderLinden decided to produce a documentary about the lives of his parents and found that it helped him overcome the grief he was experiencing. “As a family, we didn’t express our emotions very well,” VanderLinden said.“I kept everything bottled up as most of us tend to do. I didn’t plan for the film to become an outlet for me, but it did; it helped me express the grief I was experiencing.”

VanderLinden’s father passed away in November 2018. Five months later, in April 2019, he received a phone call he never expected. “My sister told me she had been diagnosed with stage IV skin cancer,” he said. Still reeling from the loss of his father, the news that his only sibling had cancer shocked the entire family. “After suffering the loss of my dad, I wasn’t prepared for my sister to go through the same battle.” As time passed, and as the family’s stress and grief escalated, VanderLinden sought an outlet to help him cope with the stress, just as producing the movie had helped him previously. “I discovered that a friend of mine from high school had lost her sister to cancer a few years earlier. That made me realize that I wasn’t alone in this. So I thought, if I can create an outlet to help me, perhaps it could help others at the same time.” The idea was to try to help himself and others to cope with and overcome their grief, and to inspire them to channel their grief into something good. This became the basis for Grappling with Grief (GwG), a new Canadian non-profit organization.

VanderLinden’s sister Sheri Gill, unfortunately, passed away in July 2020 at the age of 49. VanderLinden intends to honour her memory as well as the memory of his father through GwG. “We’re telling people’s stories of how they overcame grief in their lives and made something good out of it,” VanderLinden says. Currently, GwG cannot accept financial contributions, as it is undergoing the process of becoming a registered charity in Canada. Eventually, the goal will be to provide funding to worthwhile causes including laboratory research, patient care, and educational programs. “In the meantime, we’re promoting whatever project or initiative that the people whose stories we’re telling want us to promote, whether it be their own charity, book, or other creative outlets,” VanderLinden said.

For more information on GwG and how you can share your own story, visit GrapplingwithGrief.com.