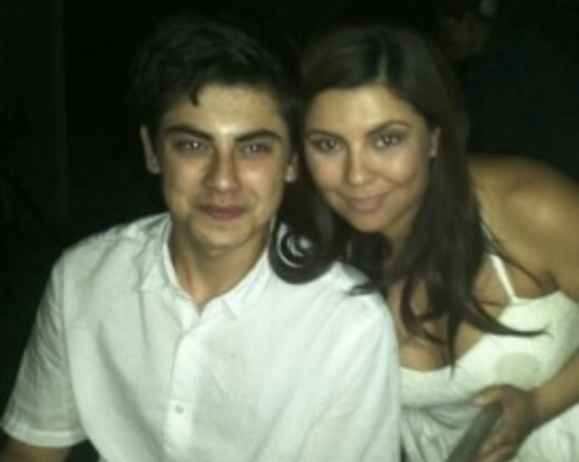 This story discusses suicide. If you or someone you know is at risk of suicide, please call the National Suicide Prevention Lifeline at 800-273-8255.

Nicholas (Nick) Ruiz, my only child; was 16-years-old when he took his own life. He was a junior in high school and a good student. He loved to listen to music, skateboard, and shop for clothes and shoes. He always had a smile on his face. But unfortunately, he kept a lot of things to himself and wasn’t very verbal about his feelings. I want people to understand how important it is to speak up — to be a voice. I was thrown into a world I knew nothing about.

On November 22, 2012, I woke up preparing and setting up for our family Thanksgiving event. Turns out I was about to experience the worst and most terrible moment of my life. As, I entered my son’s bedroom expecting to find him asleep, instead I found him lifeless in his closet. 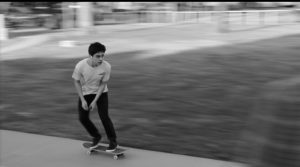 Within months after Nick’s death, several of his friends had confided that now thinking back there were days Nick did not seem himself and regret not asking what was on his mind or bothering him or informing an adult. A few examples they now believe were signs: (1) His good friend mentioned that Nick once asked, “Do you ever get the sensation of killing yourself,” but he laughed it off once he realized his friend did not go along with the topic. (2) A rumor that he previously tried to kill himself, but did not succeed. (3) He revealed his struggle with depression and suicidal thoughts to another friend; stated he felt that way for a long time and at a young age. The same week of his death he stated he was going to kill himself every day, but he would text back the next day saying, “I didn’t do it.” Finally, his last text said, “I’m going to do it, I have the belt around my neck, and I’m going to let go, goodbye.” That person notified a different friend.

Sadly, he completed suicide. His friends are not responsible for his death, but I do ask myself, “would Nick still be alive if his peers took his statements seriously by taking the proper steps in speaking out, offering help or had the right education on mental health.” People feel afraid to discuss suicide because they worry they’ll put that idea in someone’s head, but it’s not true.  We need to be listeners… we need to acknowledge what they’re saying and ask questions. I want teens not only to speak up for themselves but also to speak for others and parents to speak to their children about mental health, even if it feels scary or difficult.

I was not aware of him suffering from depression nor seen any signs. He never indicated he was depressed and had any suicidal thoughts. He left a letter stating he was unsatisfied with his life, the reason was not important to us, and it concerned himself, we all did the best, and would always love us. He asked for us to be happy for him, reassuring that he’ll be happy and at a place he’ll enjoy, and we would all meet in the next life. Even though I have his last words, he did not realize how it was going to affect his family; he didn’t comprehend that healing and grieving will last a lifetime.

I am known as the parent whose child took his life. Judged, blamed for his action and questioned; what type of mother I am, was he struggling with depression, why or how could I have not seen the signs? There isn’t a day that goes by without feeling guilty and second-guessing about how I failed my son and as his mother. 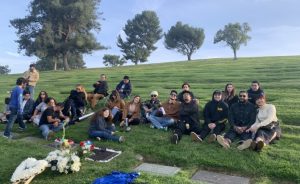 After Nick’s death, I have struggled with my own anxiety, major depression, suicidal attempts and thoughts as well. I also struggle with posttraumatic stress disorder — the repeat of Nick’s death; when I see a closet door open or hear a siren. I playback that day and think of the fire and police department arriving, getting thrown out of our home until the investigation was completed, seeing his body taken in a black bag and rolled into the coroner’s automobile, being held down and hearing myself scream out for him.

For many years I felt hopeless — the feeling of not wanting to live and having no hope for the future. I was in denial and did not accept his death. Every day was a challenge, I pretended I was fine when I wasn’t. I distanced myself from my family and friends. In addition, I felt loneliness, fear, confusion, pain and exhaustion from many sleepless nights and much sadness.

As I was sitting in one of my support groups, I recall listening to a married couple, the husband expressed his feelings about how heartbroken he still was from losing his child after ten years. He talked about the struggle that it’s been with his wife; she was still severely depressed. As she cried and mentioned that she did not want to live; I felt her pain and cried too. I realized that I wanted to try to find hope in my life. I told myself the loss will always be painful; I will never be “healed” or “recovered” completely and as his mother and survivor, I do not stop loving my son because he died. I don’t stop wanting and needing to be his mom and have him in my life. I will accept my misery as a tribute to my son and talk openly about his suicide, in hope of helping others in need, fighting stigma and drawing attention to mental illnesses that often get ignored or aren’t taken seriously.

Throughout the years, I have worked on my well-being and the process of healing by joining support groups; comforting others in the same situation, taking medication, being in an outpatient program, and learning breathing techniques along with therapy sessions weekly, monthly, and yearly. I continually speak my way through grief. Volunteer as much as I can by sharing my story and fundraising. Family, friends and walk yearly in Nick’s honor. Every birthday and anniversary we gather at the cemetery for a celebration.

Today I have an understanding that my son’s death was his choice; I have forgiven and stopped blaming myself for his death. Healing does not mean forgetting but means I should no longer feel guilty for wanting to live and choosing to do what feels right. I have learned that grieving takes time and there’s no right or wrong way of grieving.

I now have hope, I smile and laugh too! I got married in 2019 and have an amazing husband that gives unconditional love and support. I also have three beautiful stepdaughters. They did not have the opportunity to meet my son, but their lives have been impacted by his death and now have more of understanding about mental health.

May my story encourage you to heal at your own pace and others to speak about suicide, seek help, to prevent others from taking their own lives, and from other families losing their loved ones. There should be no shame in needing, accepting, or offering help. I hope Nick is proud of me as I continue my journey in his honor and one day my hope is to have my own nonprofit in his honor, where I can give scholarships to students in the behavioral field.

For more information about Lydia, you can check out her website.