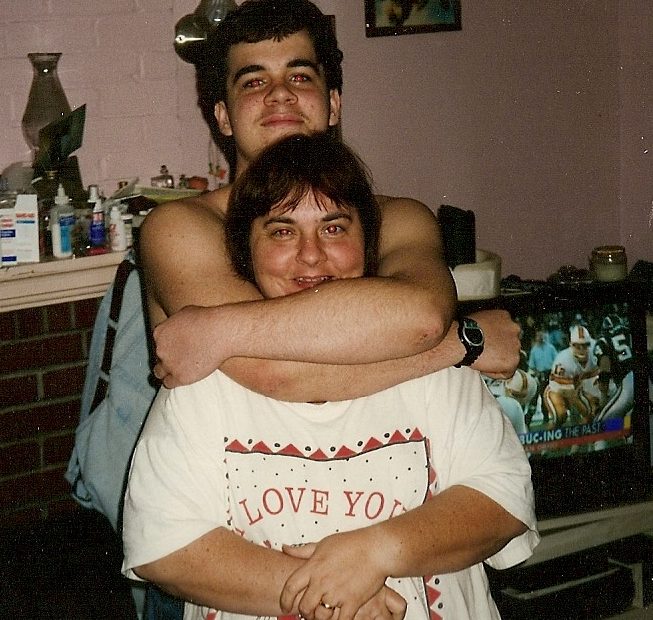 At the age of twenty-three and having only been married for a few years, I found myself giving birth to my first son. I loved being a mom and welcomed every day as a new adventure to learn more about him. Just a year later I found myself pregnant again. I just assumed I would have a daughter this time and I would be all done with “birthing babies.”

The stars had other plans and Jeremy was born in the winter of 1981. Having one child is for the most part met with little interruption. Enter another child and you are facing double diaper bags and needing a double stroller. I used to say that my life was significantly different after Jeremy, son number two arrived.

After having four sons and no daughters I thought those “baby gods” were playing a mean game, but I had no idea what awaited me years ago. There were times that I would joke and say that I must’ve been bad in another life to be given for sons, but I realized the coolest act was when one of those sons was called back to heaven.

The phone rang around 2 AM on Saturday night and the police said there was an accident and I needed to come to the hospital. Three of the boys were together and my youngest was home with me sleeping.

I didn’t know what happened except that one of my babies was hurt. Was it a car accident? Did they run into a “bad person?” When I got to the hospital, I was told Jeremy was dead. He had met with someone he worked with at a mutual acquaintance’s house and gunshots went into Jeremy as he was robbed of his just cashed paycheck.

Jeremy died in August 1998 at the age of 16. He was murdered by a young man that he knew who thought his life was not as valuable as the money he was trying to rob him of. 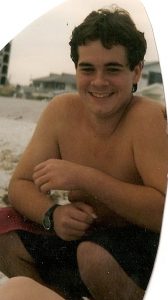 My life changed completely on that night. I was afraid to let the other boys out for something might happen to them. I felt powerless and was constantly worried that I would lose another child.

With no emotional support to help me with my grief and sadness, I took to writing letters to Heaven. I would put on the music he loves, that for years I had told him to turn down, and cry, scream, sometimes smile as I remembered his last “Hi Mom” to me. I spent the next couple of years writing those letters to heaven on my computer telling Jeremy all about his brothers and the events that he was missing.

There was a nurse who worked at the hospice where I was a counselor who had lost a child of her own. One day, I felt compelled to print them out and share them with her in hope they would provide comfort. She took those letters that I had written, printed out and had given to her welcomingly.

She was grateful but embarrassed when she returned them to say that her other daughter, a teacher, had graded my letters and they were now full of red remarks. I laughed and told her not to worry because she saved me the cost of an editor. She smiled and said how much they helped her and that I should consider turning it into a book. I wasn’t sure I wanted to share my stories of Jeremy with the world or share my stories of the pain of losing a child, but after consideration and prayer, I came to realize this was my new mission in life.

Losing Jeremy and experiencing the climbing back from what felt like the deepest hole in time to a place where I could hug someone else who also lost their child was monumental. Over the next few years, I returned to college to get a master’s degree and became a licensed mental health counselor to help others going through grief of their own.

Following my graduation, I spent ten years working with Hospice helping the families prior to their loss and then months after. What I realized in doing this was that every time I helped someone else, I saw that I was actually healing a little bit myself. I felt that my selfless acts were something Jeremy would have done with his friends, and I felt like I was paying it forward and honoring him. After working for a few years at a hospice, the company agreed to help me to publish that book. When that first copy came off the machine, it was like giving birth to Jeremy all over again. It was saying to my heart that losing my son was not going to go unnoticed and I could find good in such as loss.

November Morning shares my experience of losing Jeremy and how I came to understand that I could offer hope to others after they suffered a loss. Filled with writing prompts based on my letters, Hospice and I published a second book Writing Through your Grief that offers those prompts to others. Both are on Amazon and on my website. 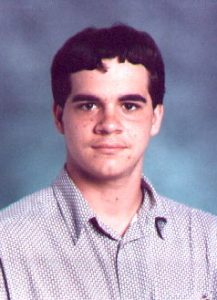 Jeremy’s spirit has been with me since the very beginning, and he showed himself in so many ways that were only him. When I used to visit the cemetery every time I would arrive, a song that Jeremy liked would come on the radio. I would sit and sing at the top of my lungs next to his marker and say how much I missed him and how unfair it was that he was gone. I would then thank you for sending me a song acknowledging that he knew that I was there visiting. Music was very important to Jeremy he was in chorus and did a lot of the technical work behind the scenes on various plays. One of the musicals he was in was Phantom of the Opera. He was so excited the night he got to go see the actual play and was dressed in a tux along with his high school girlfriend in a beautiful dress. One of the songs from the musical is called “Think of Me” and continues to show up on Pandora when I’m lying in the wee hours of the morning or getting ready to start my day.

It’s like he says, “Good Morning Mom” and I silently hug him. When I was attending college and working on my degree Jeremy had decided that the walls of the high school were confining and wanted to take his GED early. He passed it on the very first try and earn his diploma. While speaking to a friend of mine, I mentioned how proud I was of Jeremy to have earned his degree and the woman laughed and said that’s exactly what Jeremy said about you earning your degree.

Twenty-four years have passed since that terrible phone call in the middle of the night. When asked what I would say to a new person who is grieving I would respond with these words:

I have written several books on grief in an effort to normalize the emotions and take the fear of sharing your pain with others. Visit my website and let me know how you’re doing. It is when we share in our grief together that we begin to heal.

It’s important to understand that working through your grief does not mean it’s going to go away, it does not mean you will forget them, and certainly does not mean you will ever stop missing them. What it does mean is if you are willing to allow it to, it can mean you are finding a way to honor the love you had with your loved one and to make sure that they will remain a part of your future memories and comforting thoughts.

For more information about Mary Jane, you can check out her website.