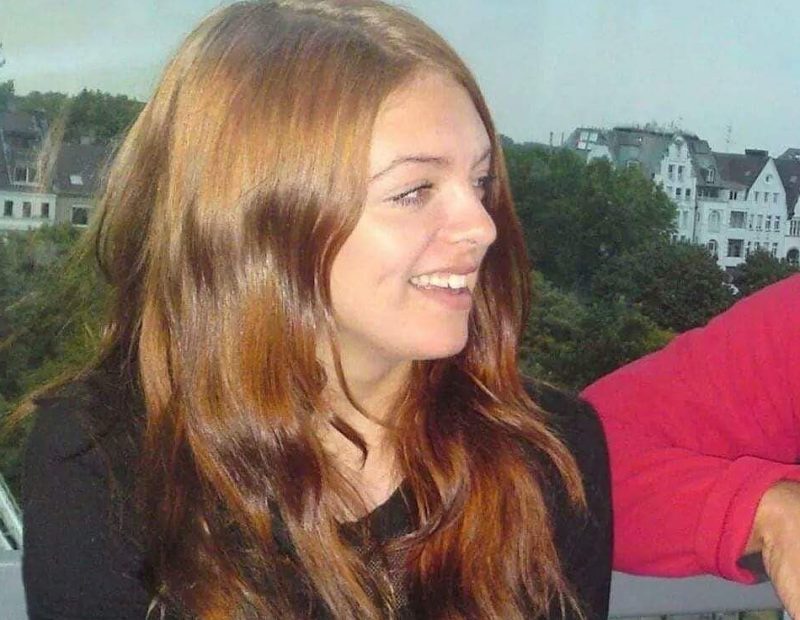 So, I would like to start by introducing myself, my name is Trevor I’m currently working for HMRC and an Army Veteran. During my Army career and life, I’ve faced many challenges, be that during my Army service or my own private life.

I’ve always been strong-willed and positive and someone who pushes himself to the limit. But during my life I’ve suffered many traumatic events, this including during Army service and my life with family.

While I was away with the Army in 2014, I had the horrendous news that a helicopter had crashed while on operations in Afghanistan. The aircraft was carrying five of my friends who all died in the crash. Four days later I received a call from my wife while away and the news I was about to receive was to change my life forever.

I was told that my daughter’s body had been found in her flat and that she was found dead. The personal trauma that followed was so traumatic I’ve never been the same since that day. I was flown back by the Army to go to my daughter to see her and hold her hand and sob over her body. 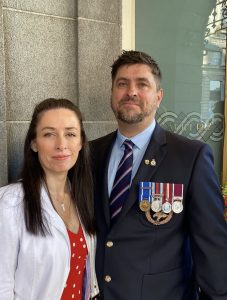 The days that followed I was totally numb and lost in life, but I knew I had to be strong for her and my family. I went on to organize my daughter’s funeral and to liaise with the police and coroner. After a few months had passed and I attended the inquest, it was found that my daughter had taken her own life.

I was devastated and didn’t know where to turn, I asked for help from the Army, but this was a rare thing for them to cope with so even they struggled to support me during the traumatic grieving process. Eventually, I was admitted to a psychiatric hospital and then went on to attend my counselling sessions over the next four years.

I was medically discharged from the Army with Complex PTSD and adjustment disorder. My life was thrown into turmoil and disarray. I was lost in what to do next and what purpose in life I was looking for.

Fast forward eight years and a lot has changed for me but on a positive level. I’ve started to feel a little better after Chloe passed away since I found charity fundraising an outlet for me. In the September after she died, I took part in my first event for Child Bereavement U.K. where I cycled from the west coast of the United Kingdom to the east coast, finishing in Tynemouth.

I found I had a passion for helping others, so I pushed myself from day to day, taking on many fundraising events. During this time of my life, while grieving heavily, I still found the strength to help others. That inspired me to do more and more.

Six marathons, three Great North runs, an Ultra Marathon of 62 miles and much more later, I was finding myself just coasting through life not knowing where I was going but the charity work gave me a little bit of focus. Big positive has also helped me use my life experiences to help others struggling with their own grief.

I try to encourage those that are struggling to try and talk about their feeling and to reach for help. I’m now a PAPYRUS (Prevention of Young Suicide) Champion and give presentations to NHS staff and other professionals on suicide prevention and promote HOPELINEUK which is a PAPYRUS support helpline.

I’m also the mental health lead for my workplace where I run regular Tea and Talk sessions face-to-face and also on Microsoft Teams. I’m a mental health first aider and a mental health advocate for HMRC. A few weeks ago, via teams about living with grief by suicide and it was to over 300 people, so the buzz I got from doing something so big was amazing. I think If I can become a role model to others who are grieving, which also includes complicated grief, something I still suffer from, then I can potentially save young lives then this is my purpose in life. I’m making my daughter proud.

If I’m honest, I still struggle day to day. I take regular medication for my mental health and also reach out for help. But through my struggle, I see a positive purpose in life and me trying to change the negatives into positives. Now my son has joined me on the charity fundraising journey when he ran his first Great North Run in October 2022.

Soon, I’ll be giving a suicide prevention presentation to staff in the NHS, and I’ll be talking about suicide awareness. I hope this will spread the word and have a positive effect on suicide statistics. I want to save more lives and support families during the loss of a loved one.

If I can channel all my energy into positive feelings, then I’m sure I can make a difference to others. Making a difference and raising positive awareness can change lives for the good. I’m currently involved in a study to see how we can support the Army when someone serving, or a family member takes their own life. I’m hoping this will educate serving soldiers on how to support colleagues during the grief process.

Over the past eight years I’ve been very active on social media, talking about my life, Chloe’s suicide and the way I’ve turned a corner and channelled my trauma into a way of saving others. Along the way, I’ve gained much support and had many families turn to me and ask for advice, which I’m happy to give.

I know I can’t bring Chloe back but If I can carry on her memory in a positive way and potentially save young lives then I know she didn’t die for nothing. Please if you’re ever struggling reach out for help, be that to family, friends, or professionals.

For more information about Trevor, you can check out his website.