This is our story, my son Aaron’s and mine and our family’s, of “grappling with grief” but it is also your story. Or at least it could be.

For thirty-some years before Aaron dropped his beautiful body, my primary interest had been the evolution of consciousness. I had studied the topic widely; some might even say wildly. I held a somewhat vague belief that consciousness did NOT die with the demise of the physical body. It was a fascinating idea. An interesting one. A possibility to be fully explored, when time permitted.

But when my only child died at 37, the only thing attractive about the idea was that death was not a dead end. It was the hope that I could die and be with him now.

That pain had me plotting and scheming ways out of “here” that could pass for an accident. It crumpled me into small wounded mounds, tightly coiled in airport corners and on park benches. It had me clutching strangers in supermarkets, at rest stops, and on churchyard patios. Wave after wave of that pain would take me, would bowl me over, would have me falling and swooning, my legs collapsing in the most inappropriate and most public of places. 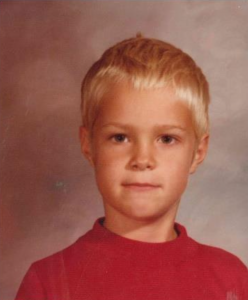 That death is always accompanied by mysteriously perplexing and deeply MEANINGFUL “events” is a rule with no exceptions. Not for me. Not even for you.

What does it mean, for example, that Aaron’s car started spontaneously, following his funeral? Three times. In front of four people. As if on cue for those of us drowning in grief. Another example: I begged Aaron to help me find a small, cherished item I had lost in a completely wild forest. Green pinecones fell, loudly and precisely; when I followed those pinecones like breadcrumbs intentionally placed, I was led to the lost treasure. What does this, and so much more, mean?

Although the peculiar nature of these sorts of “mysterious happenings” is usually acknowledged, it is rarely investigated. Eyebrows go up, heads nod and shoulders shrug, but then, moments later, most folks are right back to the more pressing concerns of living every day. Until the moment comes when everyday living is no longer an option. This is the day, in the words of preeminent American mythologist and author Joseph Campbell, that a spiritual hero could be born:

…the other kind [of hero] is the spiritual hero, who has learned or found a mode of experiencing the supernormal range of human spiritual life and then came back and communicated.

There are said to be two types of trumpet calls that herald a “soul’s high adventure of learning a mode of experiencing the supernormal range of human spiritual life.” I heard the one that comes as a high-pitched screech. Something precious is lost or stolen. Something so precious that life is meaningless without it and, by God, you go to get back what is rightfully yours, or gladly die trying.

My gasping, grasping, horribly overwhelming need to understand what death means and where my child was directly confronted with the fact that the West has no culture of death. The very words sound morbid and vulgar, impolite and improper. But only because they violate the Western taboo which wraps death in a horror beyond words because no one is allowed to talk about it.

Not caring a whit about proper grief etiquette, I strongly and incessantly assert that to understand what death means and find the “dead” where they are is the foremost task of humanity. I also strongly and incessantly suggest that those “mysterious events” that accompany all deaths, be taken as Opening Door Events (ODEs) because that is what they do. They open doors to the other side of the mystery we call death.

To make the decision to walk through that open portal to quest for the so-called dead takes what I call Courageous Grief. This sort of grief is not automatic. It must be developed. It requires enough will, determination, spirit, commitment, and love to accomplish something extremely difficult: learning or finding a mode to experience the supernormal range of human spiritual life – the range where the dead live. The essential ingredient exists in abundance: motivation.

Make no mistake about it; no quest is easy, including this one. Fears abound. And they are all yours. 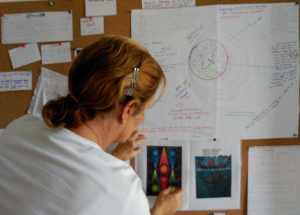 To grieve courageously means to make a commitment to your deceased loved ones to collect evidence. To be alert for their messages, even if you yet don’t believe it’s possible, or even worse, if you still believe it is somehow wrong to collaborate with the so-called dead. It’s about documenting any glitch or glimmer that seems even remotely connected to those you want to find. It’s about researching similar experiences documented by millions of others. And, the most important step of all – is about having the heart courage to work relentlessly to understand your experiences in rational terms.

This process of going beyond inherited beliefs about death (even true beliefs) to acquire truth for yourself is one way to learn a mode of experiencing the supernormal range of human spiritual life, including the range where the dead live. This process is vital to humanity. It forges spiritual heroes; it evolves consciousness; it nurtures spiritual growth.

The boon for those who quest for the truth about death is great. There is no longer a tenuous reliance on belief, but a sure and steady knowledge of the certainty that has been shouted from every corner of the planet in every wisdom tradition known to humankind from the moment shouting began:

Our mission is simple but difficult. To motivate YOU to acquire the truth about death.

For more information about Cathy, you can check out her website.