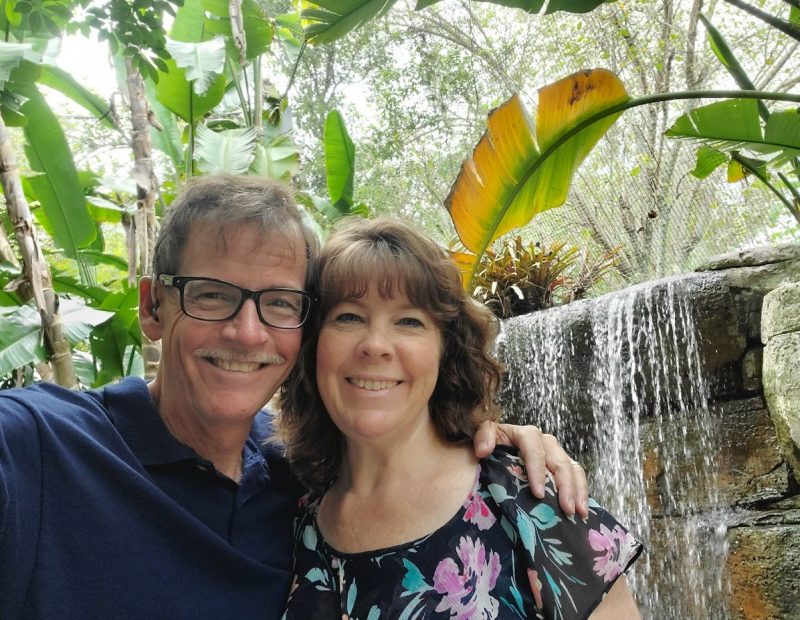 My first real experience with grief came to me after the sudden loss of my sister-in-law. She was taken from us by a brutal murderer. I was only twenty-eight at the time and had never even heard of the five stages of grief. The only thing I knew was that I had an inner pain that I didn’t understand and could not have prepared for. It took me many months to get my emotional feet under me, only to lose that footing – again. To this day, over thirty years later, if my mind bends to that October day back in 1990, my eyes still fill with tears. Today, I know that grief never ends, it just changes form.

If there is any such thing as traditional grief, our family had a full-on crash course in 2019. It was in 2019 that both my mother and my wife Sarah’s mother passed away. My mom sustained a stroke the year prior and spent her last year in rehab. My mother-in-law passed away completely unexpectedly in her sleep. One death we knew was coming, and one death blindsided us. Both were painful as we grieved the loss of our moms. 2019 will not go down as a year that I have any fondness for.

Like it or not, the losses of these two beloved souls are part of the natural path that most of us follow. Parents age, they die, and we grieve, profoundly affected by their passing.

But there is a type of grief that many people experience that is less common, less talked about, but nonetheless real and painful. It’s called ambiguous grief or ambiguous loss.

Ambiguous loss, by definition is “a loss that occurs without a significant likelihood of reaching emotional closure or a clear understanding. This kind of loss leaves a person searching for answers, and thus complicates and delays the process of grieving, and often results in unresolved grief.”

In 2010, I was about to get a front-row seat to living with ambiguous grief.

On a sunny November day, I went out for my daily bike ride. A fitness enthusiast at the time, I was cycling close to thirty miles daily in our southern New Hampshire town. I could be seen regularly on many of the streets near our home. I had a passion for being outdoors, and a passion for all that encompasses the immersive experience of simply being outside on a bike.

Fate altered the very course of my life that day as I was broadsided by a newly-licensed sixteen-year-old driver. Local authorities estimate his speed at over 30 MPH when he T-boned me. He never even hit his brakes. I went through his windshield and was catapulted into a strange new existence. In addition to broken bones, bruises, and lacerations, I had an unseen injury. Though I was wearing a helmet, I had sustained a traumatic brain injury. From that day forward, everything I knew about life, and about myself, was to change forever. 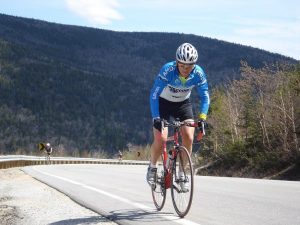 Trying to describe to the uninjured what life is like after a brain injury is exceptionally difficult, but I’ll do my best.

Just imagine if the person you have grown to know as yourself one day completely disappears, almost as if they died. My challenges after my brain injury included a very abrupt change in my personality. This is common within the brain injury community. I acted differently, I thought differently, I spoke differently, and my behaviors were not the same as they were before my injury. Literally in an instant, I was a completely different person.

One of the biggest challenges of all was that I still remembered the person I was before my injury. I saw his face every day in the mirror. His voice sounded just like mine. We wore the same clothes and had the same address. And in what amounts to an epic heartbreak, I missed that person with every fiber of my being. I was grieving the loss of who I used to be, although it would take me many years to be able to both understand and articulate this.

My grief was as real as any grief I had ever experienced. I went through denial and anger. The bargaining was tough. What I wouldn’t give to have a do-over on that fated day. What if I opted to take a right turn that day instead of a left? I never would have had my life so abruptly ripped away from me. And how about the depression? With a personality change, I was a stranger to people who knew me. The loss of personal relationships was staggering – including the loss of most of my children. They no longer knew who I was.

Depression was unrelenting. I contemplated suicide for close to a year, firmly convinced that the world would be better off without me. The very act of just existing was painful. I sought professional help through the services of a grief counselor. Over the years since, I have told her fondly, many times, that she quite literally saved my life.

But I underestimated my own personal tenacity. I was about to get another firsthand lesson: The power of healing that comes with using life experiences to serve a greater good.

During my first year – when loss and sadness defined the very fabric of my being – I attended a support group for brain injury survivors. For the first time ever, I was in the company of others who understood the loss, the sadness, and the grief that comes with the loss of self after brain injury. I had found a home, and with that a new footing. 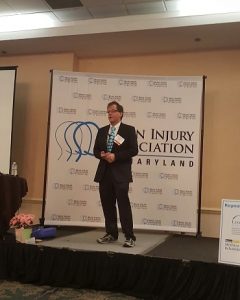 Thinking that others might benefit from contact with others with similar experiences, I started what I expected to be a small social community online. That was nine years ago. Today, that same community, the Brain Injury Hope Network, now serves more than 35,000 members from over sixty countries. It is one of the world’s largest groups of its kind. Such was the unmet need for others to connect with people who understood.

In the years since my injury, I have, at least in part, become a writer and realized a lifelong goal. My work, as published in a number of Chicken Soup for the Soul books, has been read by millions. In what amounts to something you can never plan for, I was asked to keynote at a brain injury conference. Then another, and another. My written voice was helping readers to chart their own paths to a new normal, and my spoken voice did much the same.

As the years passed, I changed. No longer do I look at my 2010 accident as the most terrible day of my life. It will always be the day of the biggest changes in my life, but so much good has come from it. I have learned that if I am sincerely trying to help others, to serve humanity by the sharing of my own experiences – no matter how difficult – that my own life becomes livable. I have a sense of purpose that I never had before my injury.

So, what about the ambiguous grief that paralyzed me for many years? I find myself today not looking back like I did in those early years. It’s been long enough that I have forgotten who I was before my injury. Today, I choose to focus on who I am – and who I am becoming. And in that shift of focus, I have found acceptance and a measure of peace – both of which I wish for you today.

For more information about David, you can check out his website.